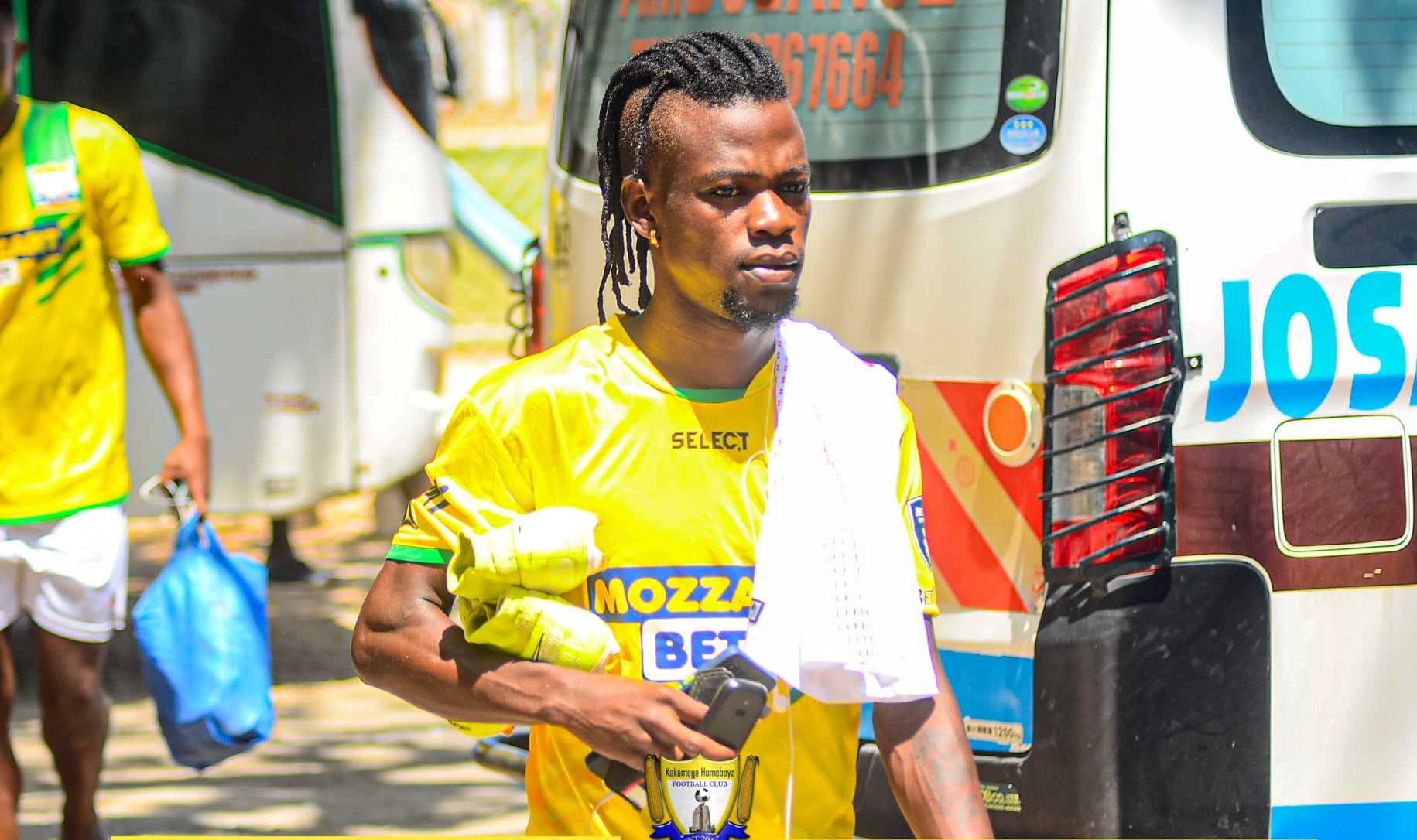 The Kenyan Premier League has been awash with some of the best foreigners in the past seasons with some going on to build their careers out of this nation.

The likes of Jacques Tuyisenge, Meddie Kagere, Khalid Aucho, Fiston Razak, and Dan Ssrenkuma left a lot of fond memories among the Kenyan football fans and it is one reason that pushes Gaetan Masha to give his best every time he is handed a chance to play.

While many of the successful foreigners made their names with some of the most established clubs in the country, Masha came to the limelight while in the books of Nzoia Sugar just a season ago after being picked from Kakuma Refugee Camp but his football didn’t start here.

His determination to make it football-wise pales into insignificance when compared to some of the best foreigners we had here but that isn’t what he is here to do.

“I am my own person and I don’t dwell too much on comparisons. I want to lay my own path and hope that I make it because I believe I was born to play football,” he remarks when asked if he had any foreign player who inspires him in the league.

Born in Sud-Kivu Baraka, DR Congo on August 7, 1998, the midfielder had options of joining some of the clubs in his country including his local side Football Club Étoile du Kivu but perennial politically instigated violence virtually rendered his area uninhabitable for the better part of his childhood.

“I could have been in Congo or even gone professional if I had a peaceful environment. I started playing football when I was very young and while school was mandatory my father really encouraged me to keep playing because he believes I had great potential,” he opines.

At 11 years, while in Primary School, the midfielder who is the second last born in a family of six joined a local club called Boston. He juggled between school and the club until 2014 when he was done with his studies. He was to later join a provincial league side called Flambeaux Raha when he was just 16.

“My father turned out for Flambeaux during his playing and he is the one who took me to that team. I was young then but I already knew I wanted to play football. Despite being there for just two seasons, it’s a team that taught me a lot because I played with older people,” Masha adds.

But things would drastically turn south when they were forced to flee to the Kakuma refugee camp after a fierce gunfire fight between the military of the Democratic Republic of the Congo (FARDC) and the Hutu Power group Democratic Forces for the Liberation of Rwanda (FDLR) erupted.

“It was the scariest day of my life. We were not even able to pick everything up while fleeing. All we did was take what we felt was important and flew to Kakuma where we found ourselves in a tent,” Masha recollects. 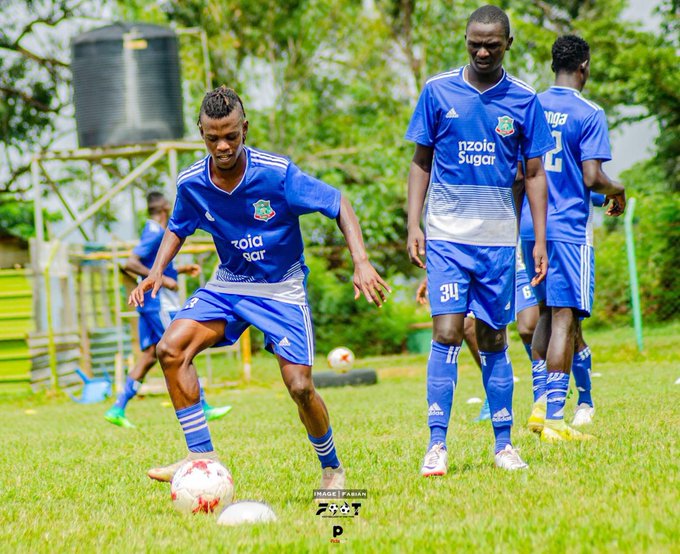 Masha in the books of Nzoia Sugar FC (Image: Fabian)

As fate would have it, Kakuma which hosts refugees, had people going on with their lives as usual. As much as it was an environment he didn’t fancy, Masha says that the breath of peace couldn’t be matched by anything.

Kakuma itself had a lot of football teams that played a league of their own and Masha found himself at Virunga United. The organizers though had other ideas and decided to form one team to represent them in the Football Kenya Federation competitions and that’s how Kakuma United was formed.

He played at Kakuma for two seasons in Division Two but his big break came in the Safaricom Chapa Dimba Tournament where he represented the team’s U20 side.

“While life was tough at Kakuma, football kept us going. From Virunga to Kakuma United time moved quickly and it helped us in forgetting about the problems we had faced back at home. My big break came in the Chapa Dimba tournament where we made it past the preliminary stage in Lodwar but were unlucky in the Provincial stage where we were eliminated in the finals by eventual winners Kapenguria Heroes at Kitale. 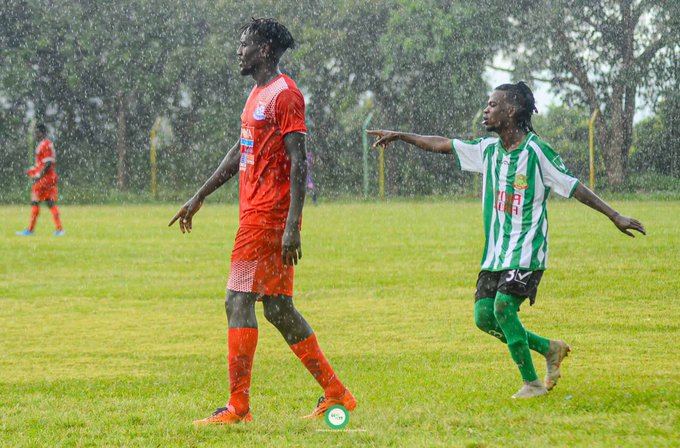 “While I was disappointed not to make it to the nationals, I was happy for my colleagues like David Majak who we had played with in the Kakuma League. he is a good friend, and I’m proud of his progress,” the midfielder continues.

As fate would have it, Nzoia Sugar FC had spotted him during his stint in Division two with Kakuma United and further confirmed his ability in the Chapa Dimba and sent a trial invite to his club. They needed him and his teammate Felician Okanda who is still at the club.

“We didn’t know what to expect at a Kenyan Premier League club but ging by the success stories of our colleagues in various teams in the country, we were confident that we had what it takes to compete. We passed the trials and that’s how I found myself at the club,” he says.

The player who says Harambee Stars midfielder Kenneth Muguna is his role model left Nzoia early in the year to join title-chasing Kakamega Homeboyz and he reflects on how his journey has been in the Premier League.

“Nzoia gave me a base in the league and I am thankful. I really wanted a new challenge and when Homeboyz came, I couldn’t say no owing to their aims and determination in the competition. The season is going on as planned and I’m happy with my start here,” he adds.

Away from home, he idolizes Lionel Messi and leaves the door open for both the Congo and Kenya national team.

“I am a fan of Messi because I like how he plays. I think my game is revolved so much around how he plays because I watch him a lot. For the national team, Id join the one that shows interest in me first because as much as I am a Congolese, I have lived the better part of my adult life in Kenya.” the midfielder concludes.