Tusker FC came from a goal down to beat visiting Nzoia Sugar 2-1 in an entertaining Kenyan Premier League match staged at Kasarani on Tuesday evening.

Tusker had come to the game on a back of some good results and with their visitors given a little chance in the tie, they threatened to tear the form book with some good display that saw no team get the better of the other in the first half.

Nzoia resilience were to be awarded three minutes into the second half when Simiyu gave them the lead much to the amazement of the Tusker bench. The brewers were not going to relent with coach Robert Matano making a triple change to turn the game in his favor and his boys did just that.

Jackson Macharia, who was one of the players who had been introduced together with Humphrey Mieno and George Odhiambo, was to restore parity for the brewers in the 71st minute before Meja ensured the hosts picked the entire points with a neat header seven minutes from time.

Tusker now consolidates their position at the top of the log with 35 points; seven points above second placed KCB who have played two games less. 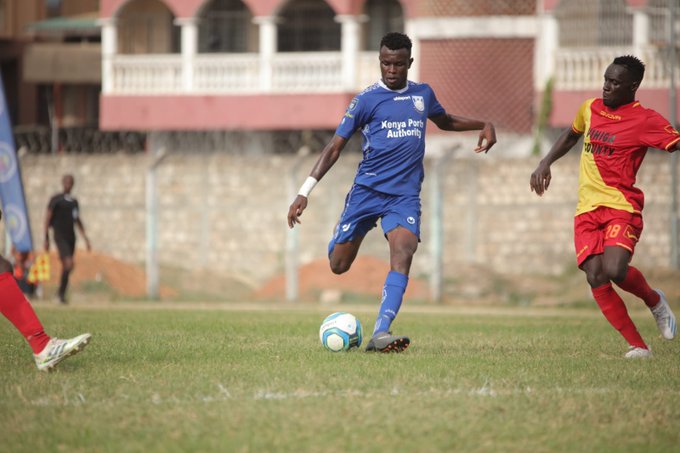 At the Mbaraki Grounds, Vihiga United found the going tough after losing 0-5 to hosts Bandari FC. Benjamin Mosha scored a brace with the other goals coming from Hamisi Abdalla, Mustafa Oduor and Darius Msagha.

The win see Bandari rise to third with 22 points after 13 games with Vihiga now placed 15th with nine points; just a point above Mathare United who have played four games less.

Pamzo: Omala will be key for us against...

Kenyan striker yet to move to Japan due...