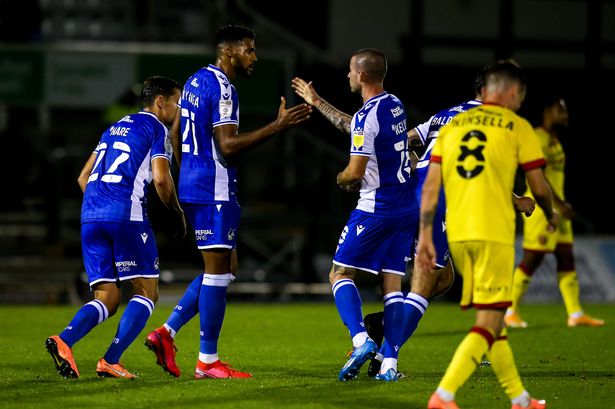 Bristol however lost the match in post-match penalties as Harries and Kelly both saw their penalties saved as their opponents ran 4-2 winners in the shootout.

Tom Mehew had put Bristol in the lead in what was his first goal for the club but the visitors were able to find an equalizer as Zak Jules headed home from a corner with 30 minutes on the clock; the game tied at a deadlock heading to the break.

It was another headed goal in the second half that did the damage for Rovers, as Josh Gordon’s goal saw the visitors take the lead in the game for the first time, with a little over 20 minutes remaining.

Rovers, however, managed to find the equalizing goal to bring the game back level, as a low finish from Ayunga from the edge of the area saw the striker grab his first Rovers goal and take the encounter to a penalty shootout.

In another EFL game on Tuesday night, David Sessay missed the match day squad as Crawley Town lost 1-2 to Gillingham at the Priestfield Stadium.