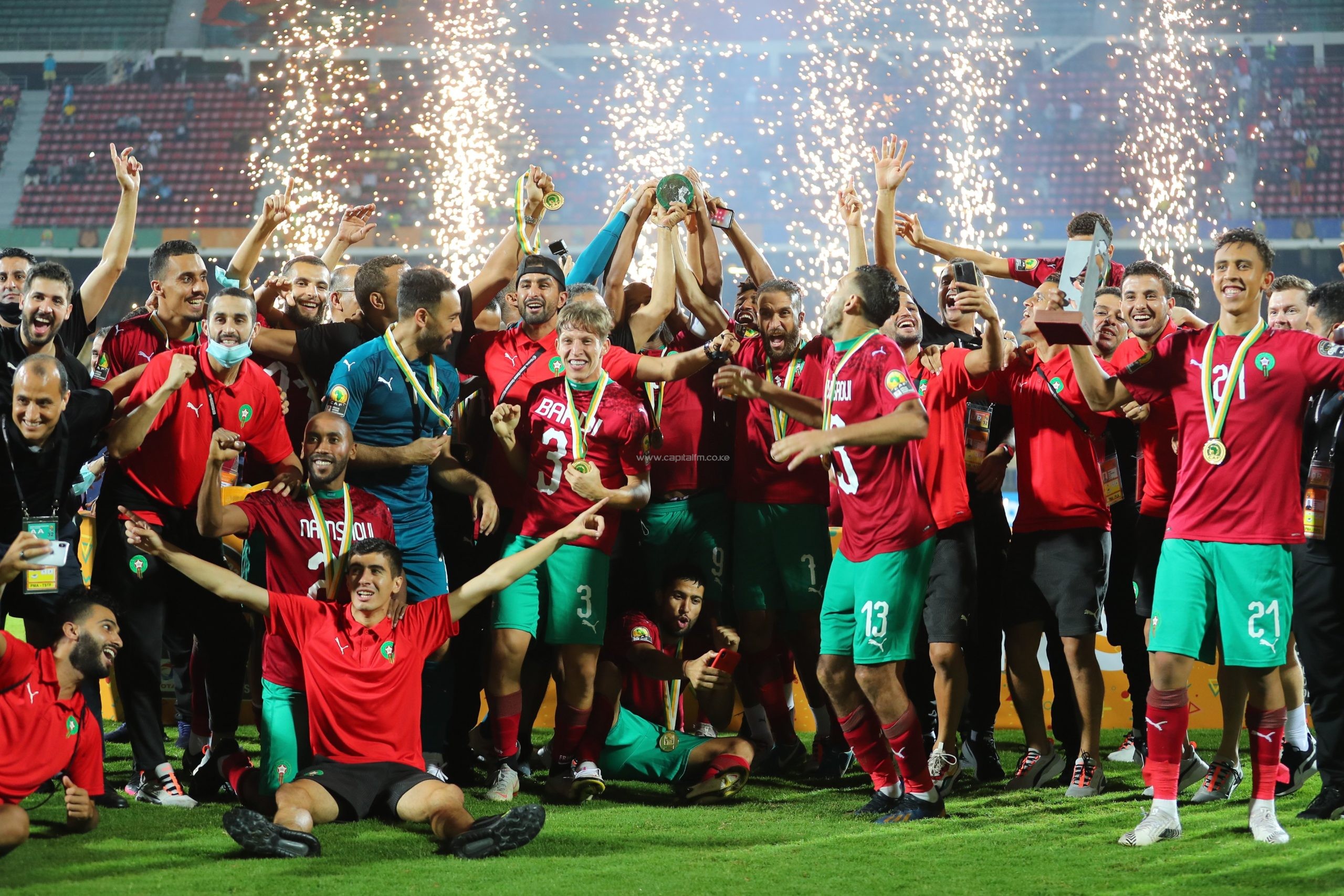 Morocco retained the African Nations Championship (CHAN) title after beating Mali 2-0 in the final played on Sunday night at the Ahmadou Ahidjo stadium in Yaounde-Cameroon.

Mali had given the North Africans a run for their money and missed numerous opportunities in the first half that ended in a scoreless draw.

Also Read: Being My own Fan

Tide however tuned in the second half with Soufiane Bouftini heading home the first goal and Ayoub El Kaabi, who scored nine goals in 2018 to help Morocco win the title on home soil, bagging the other to put the tie beyond the West Africans.

Mali was forced to finish the game with ten men after Issaka Samake was given his second yellow card by Kenyan referee Peter Waweru as the game headed for extra time. In the incident, Waweru had cautioned and Morocco’s Mohammed Ali Bemammer but after consultation with the Video Assistant Referee (VAR), he reversed his decision and showed Samake a second yellow card.

Rahimi finished as the tournament’s top scorer with five goals, including a brace in the semi-final win over hosts Cameroon with the final attended by recently reinstated Confederation of African Football president Ahmad.