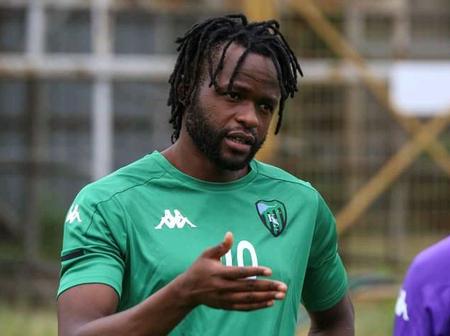 Harambee Stars midfielder Johanna Omolo has left Turkish side Kocaelispor following the end of his contract.

The Kenyan had a valid contract until the end of last month but both parties decided to terminate the partnership a day after their final game of the season.

A statement from the club noted: “The contract of our professional football player Johanna Ochieng Omolo, which will expire on May 31, 2022, has been mutually terminated.”

The termination comes only days after the club was relegated from the Turkish Football Federation 1. Lig to the third tier. Kocaelispor finished 17th out of 19 with 41 points in the just-concluded season.

The 2002 Turkish cup winners had signed Omolo in August 2021 as a free agent after he left BB Erzurumspor following their relegation from the Turkish Super Ligue.

The Turkish press reported that the Kenyan pocketed 31,000 Euros (Sh3.8 million) a month during his stay with the club.

Also Read: What next for Eric Ouma?