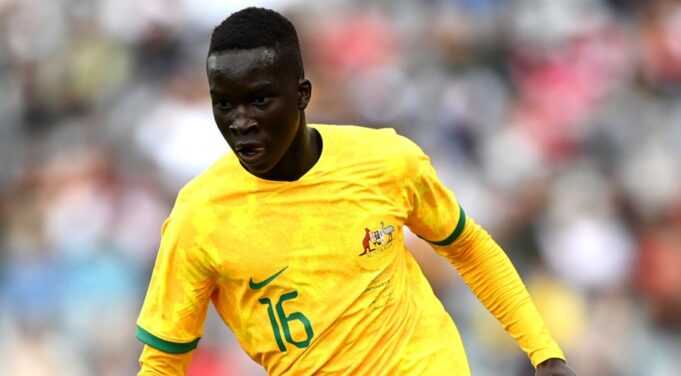 Sudanese striker Garang Kuol has been named in Australia’s 26-man squad for the 2022 World Cup.

The 18-year-old who has been signed by Premier League side Newcastle United is included in the Graham Arnoldteam despite his lack of professional experience with veteran goalkeeper Mitch Langerak left out.

Goalkeeper Mathew Ryan and Mathew Leckie were picked for a third World Cup, with Ryan leading the squad in Qatar. Kuol is among the 17 players selected for a World Cup for the first time. He made just one appearance off the bench in a friendly against New Zealand.

Despite representing Australia, the Kuol family is from Khartoum, Sudan, but flee to Egypt, where Garang was born, and then moved to Australia as refugees.

The Socceroos start their tournament against reigning champions France on November 23 with games against Tunisia on November 26  and Denmark on December 1 to follow.