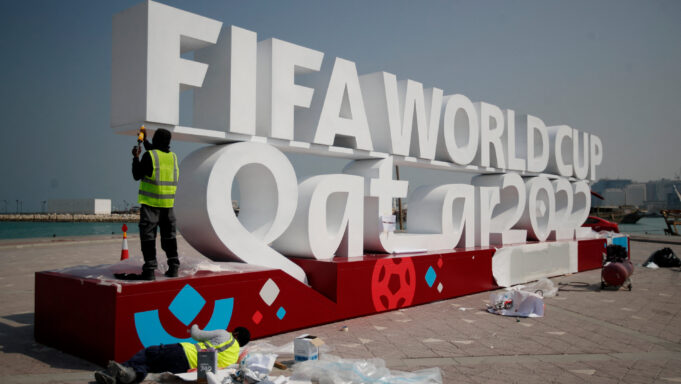 Former FIFA President Sepp Blatter has admitted he did a mistake by awarding Qatar the hosting rights of the 2022 FIFA World Cup.

Blatter was Fifa president in 2010 when its executive committee controversially voted to award the hosting rights for the 2018 and 2022 World Cups to Russia and Qatar respectfully.

In his first interview since he was acquitted the 86-year-old said: “The choice of Qatar was a mistake. At the time, we actually agreed in the executive committee that Russia should get the 2018 World Cup and the USA that of 2022. It would have been a gesture of peace if the two long-standing political opponents had hosted the World Cup one after the other.

“It’s too small a country. Football and the World Cup are too big for that.”.

Asked if he felt responsible for the decision, Blatter replied: “For me it is clear: Qatar is a mistake. The choice was bad. What I’m wondering: why is the new Fifa president [Gianni Infantino] living in Qatar? He can’t be the head of the local World Cup organization. That’s not his job. There are two organizing committees for this – a local one and one from Fifa.”

Blatter, who maintains he did not vote for Qatar, was cleared of fraud charges by a Swiss court in July following a £1.7m payment to the former Uefa president Michel Platini but remains banned from football because of the incident.