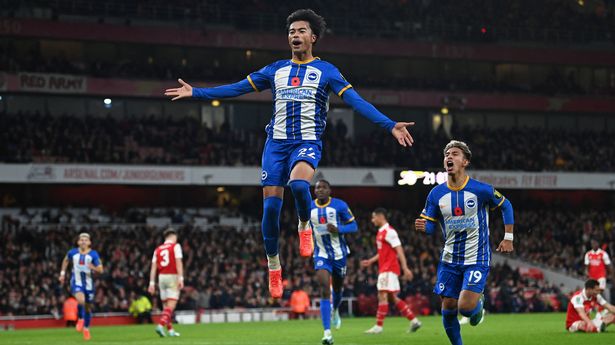 North London rivals Arsenal and Tottenham and Chelsea have been eliminated from the Carabao Cup in the third round.

Spurs were given a shocker by Premier League rivals Nottingham Forest who beat them 2-0 at Tottenham Hotspur stadium. Things stood 0-0 at the break but whatever half-time talk Forest had seemed to work as two goals in seven minutes from Renan Lodi and Jesse Lingard put them in control.

Premier League leaders Arsenal suffered a shock loss at the Emirates as Brighton pulled off a 3-1 comeback.

The opening moments were all Brighton but a moment of brilliance between Reiss Nelson and Eddie Nketiah saw a curler hit the back of the net for the hosts against the run of play. Minutes later, however, that would all be undone as goalkeeper Karl Hein conceded a penalty on his debut and Danny Welbeck made things 1-1.

Full-time in the early kick-offs!

Coming out after the break things would then get even worse for Hein and company as Kaoru Mitoma turned the game in favor of Brighton with a stunning curler only for Tariq Lamptey to add a third sending Arsenal out.

Goals from Mahrez and Alvarez ensured that Manchester City sailed to the next round of the competition at the expense of Chelsea FC.