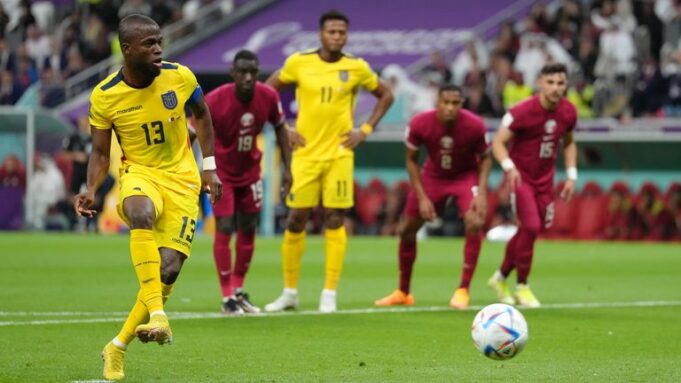 Ecuador captain Enner Valencia scored a first-half brace as they beat hosts Qatar 2-0 in the opening game of the 2022 FIFA World Cup.

The attacking left-winger, who plies his trade in Turkey playing for Fenerbahçe, effortlessly tapped in the first in the 16th minute from the penalty spot and headed home a brilliant goal off a looping long-cross for his and his country’s second minutes after.

It could easily been a hattrick for the former West Ham United striker were it not for VAR which chopped one of his goals earlier in the game.

After the Valencia brace, Ecuador appeared to take its foot off the pedal and allowed Qatar some territorial advantage that could not be put to good use. The striker was taken off the field in the after having struggled with his right knee for most of the first half.