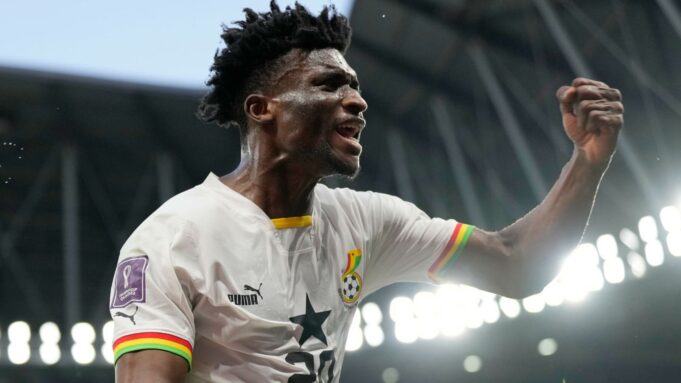 Mohammed Kudus grabbed a brace as Ghana boosted their hopes of making it to the last 16 of the FIFA World Cup with a 3-2 win over South Korea on Monday.

Salisu broke the deadlock after some poor defending from South Korea allowed the ball to drop in the box, with the Southampton defender firing home. Kudus then latched onto a fine whipped ball from Jordan Ayew to double the Ghana lead before the break but Korea was not done yet.

Korea launched a spirited second-half comeback thanks to two headers from Gue-Sung Cho in the space of three minutes to give the African side a major scare. But the impressive Kudus – who assisted Salisu’s goal – restored the Black Stars’ lead, which proved the eventual winner, with an assured left-footed finish.

That set up a grandstand finish in which Ghana just about defended their slender lead to claim a vital three points, as South Korea head coach Paulo Bento was shown a late red card after protests over the full-time whistle being blown before a corner could be played.