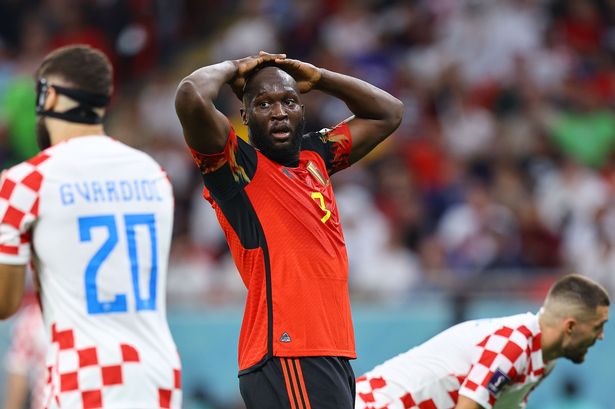 For the first time since 1998, Belgium has failed to make it past the group stage of a World Cup after being held to a scoreless by Croatia on Thursday evening.

Croatia had been awarded a penalty midway through the first half after Yannick Carrasco had pulled Andrej Kramarić down in the box but VAR overturned the decision after Dejan Lovren was found to be offside in the build-up to the foul.

With no breakthrough in the first half, Belgium sent in striker Romelu Lukaku from the bench for the second half but the Inter Milan striker went on to miss a couple of glorious chances to break the deadlock; the pick of the bunch happening when the ball fell to him six yards out but his right-footed effort came back out off the post.

Luka Modrić and Marcelo Brozović were both denied by Thibaut Courtois as they went in search of the goal that would’ve given them some breathing space but in the end, they didn’t need it and the 2018 runners-up continue their record of making it out of the group stage at every tournament they’ve featured in.

While Belgium struggled, Morocco qualified for the World Cup last-16 for the first time in 30 years after overcoming Canada 2-1.

Hakim Ziyech put them ahead with Youssef En-Nesyri doubling that advantage in the 23rd minute after running on to Achraf Hakimi’s long ball over the top and smashing it past Borjan at his near post. Canada got themselves back into it just before half-time when Nayef Aguerd turned Sam Adekugbe’s low cross past Bono and into his own net – the 100th goal scored at this World Cup but that was to be all from them in the match.

The amount Ten Hag will pocket if Man United qualifies for...