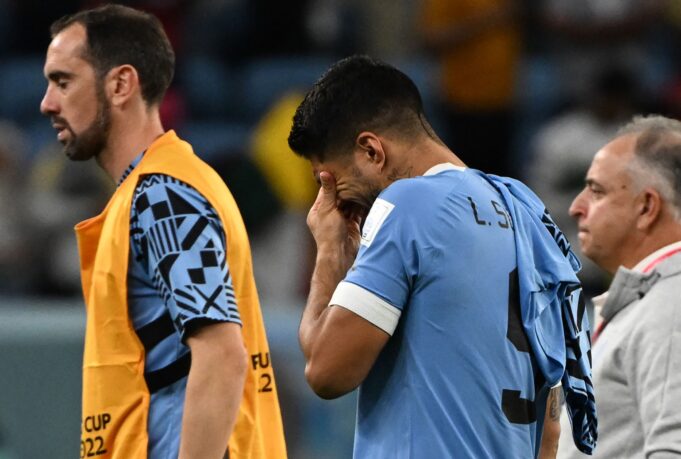 Luis Suarez has questioned the world football governing body FIFA after Uruguay was eliminated from the 2022 FIFA World Cup.

Uruguay beat Ghana 2-0 but were dumped out of the World Cup as South Korea snatched a late win against Portugal elsewhere in Group H to advance on goal difference.

Uruguay were denied a penalty in the game- if scored – would’ve seen them through to the last 16, when Daniel Amartey appeared to bundle over Darwin Nunez in the second half.

“I see a penalty for Cavani because he is cut off by the defender and he puts his body in front of him. Darwin’s is very clear too. They are not excuses, but incredible penalties are being awarded in this World Cup. And there is the committee of referees and FIFA, and they have to try to explain themselves better, at least,” Suarez told Teledoce.

“I saw a France player with his children on the substitute bench. So why always (is it a problem) against Uruguay? It seems that we have to have another power at the media level to have access to have my children to allow them to come down for a second to greet me, but hey, that’s FIFA,” he added.

The 35-year-old remains without a club and is highly unlikely to represent Uruguay at the next World Cup in 2026.