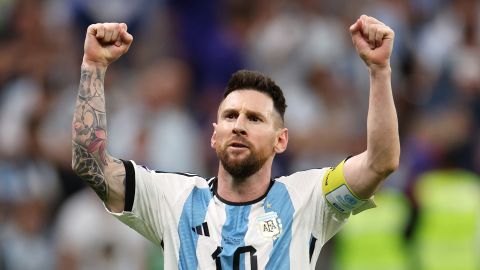 The Golden Boot race at Qatar 2022 started with Ecuador’s Enner Valencia, who scored twice in the curtain-raiser against hosts Qatar but they have since left the competition.

The foldings point to Frenchman Kylian Mbappe scoping the award this time after bagging five goals already with three games set to go if his country is to reach the finals.

Among all players competing that were competing in Qatar, Germany’s Thomas Muller had the most World Cup goals, with 10 strikes across four editions (2010, 2014, 2018, and 2022) but his team, just like Ecuador, has gone home.

Miroslav Klose holds the record for the most goals scored in FIFA World Cups, netting 16 goals in four campaigns (2002, 2006, 2010, 2014). He is closely followed by former Brazilian striker Ronaldo, who has 15 goals to his name.

At the FIFA World Cup 2022, Portugal’s Cristiano Ronaldo became the first player to score in five consecutive World Cups after opening his account in 2006 when he a spot-kick in the opening game against Ghana. Ronaldo has a total of eight goals in the competition.

But who are the current top scorers in the 2022 tournament?

FKFPL: Police off the mark as Bullets woes continue