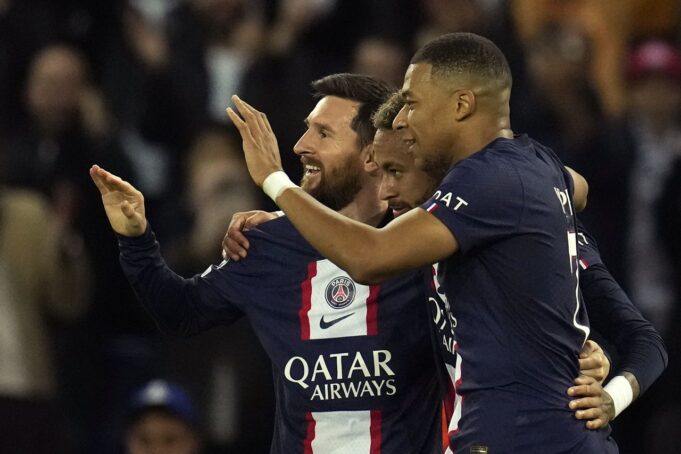 Lionel Messi featured for PSG for the first time since winning the World Cup with Argentina with the playmaker scoring in the club’s 2-0 win over Angers on Wednesday night in Ligue 1.

With just five minutes on the clock, Messi sprayed the ball out wide where the cross was centred for Hugo Ekitiké to finish stylishly. Ekitiké went close to his second upon the restart, only to be denied by the goalkeeper before Messi made sure of the win to cap his comeback in style.

Messi’s goal from this angle is spectacular pic.twitter.com/5HfXXmfZM5

He narrowly beat the offside trap to steer Nordi Mukiele’s pass into the corner to wrap up the points following a VAR check.

The result sees PSG move six points clear at the top of the table, with second-place Lens drawing 2-2 at Strasbourg.