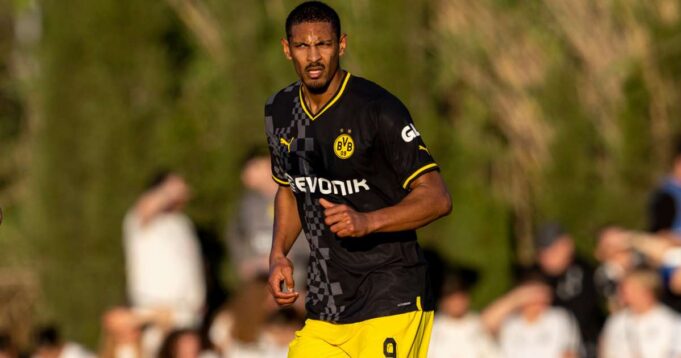 The player is returning to them after a long period out after he was diagnosed with testicular cancer. Haller was subbed on just after halftime in the match, with Dortmund leading 3-0 in the fixture, played in the Spanish seaside town of Marbella.

The French-born Ivory Coast striker scored from the spot in the 81st minute after American winger Gio Reyna was brought down in the box. He then doubled his tally just five minutes later when he tapped in a cross from Julian Brandt and completed his hat trick two minutes later when he side-footed in a corner.

Haller joined Dortmund in the summer of 2022 from Dutch club Ajax, but was diagnosed with testicular cancer before making an appearance for the club. He revealed on Tuesday that he had gone through four rounds of chemotherapy and had undergone two operations but has now fully recovered.

The former West Ham man will hope he can play a part for Dortmund when they restart the Bundesliga season at home against Augsburg on January 22 with his club currently sitting in sixth place after 15 games.