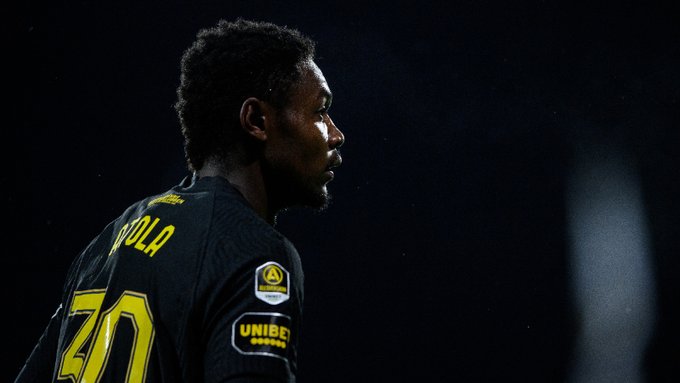 Harambee Stars striker Henry Meja will spend the 2023 season at Swedish third-tier side Norrby IF after an agreement was reached with his parent club AIK.

In a statement, AIK said: “AIK Football has agreed with Norrby IF on a loan of the 21-year-old forward Henry “Meja” Atola. Norrby IF will play the 2023 season in Ettan Södra.”

On his part, Manuel Lindberg, the club’s CEO/ club director, and interim sports director said the move was geared at giving the former Tusker FC player enough game time to prepare him for life in the Swedish top flight, the Allsvenskan.

“We have had a good dialogue with Norrby IF and it is an environment where we believe that the player can continue to develop, get to play several matches and take the final steps needed to become a starting player also in the Allsvenskan,” Lindberg said.

During his debut year in AIK, he made six appearances in competitive matches; three of which came in the Allsvenskan.