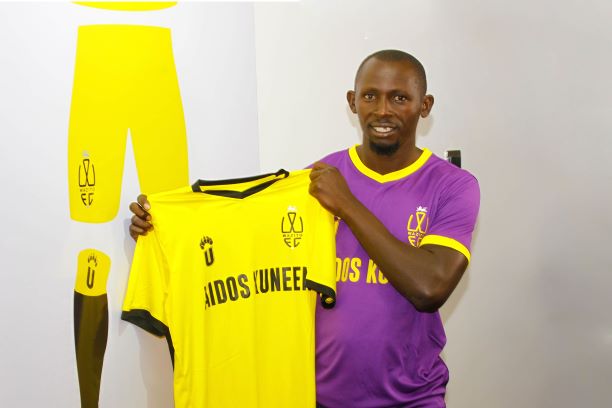 Wazito FC have completed their eight signing of the window with the acquisition of goalkeeper Peter Fredrick Odhiambo from Gor Mahia.

In a statement on their official portal, Wazito noted: “We can confirm the acquisition of goalkeeper Peter Fredrick Odhiambo from Gor Mahia.

“A serial league winner, Fredrick comes in to beef up our goalkeeping department ahead of the 2020/21 Kenyan Premier League campaign. He has previously played for KPL side, Mathare United as well.”

The player said: “I feel good to be here, and I want to thank God for this opportunity. I want to urge the supporters to back us heading to the new season and we will deliver the goodies,” he said.

The club’s keeper trainer Elias Otieno added: “Fredrick is a keeper I have known and worked with before. I coached him while at MYSA in 2009 when he was a little kid and I have watched him develop to become one of the best keepers in the country,” he stated.

“He brings quality and experience in the team. He has that winning mentality which is also very important. He has featured in the CAF Champions League and CAF Confederation’s Cup and played against English Premier League side Everton and all that experience has helped make him a better goalkeeper.”