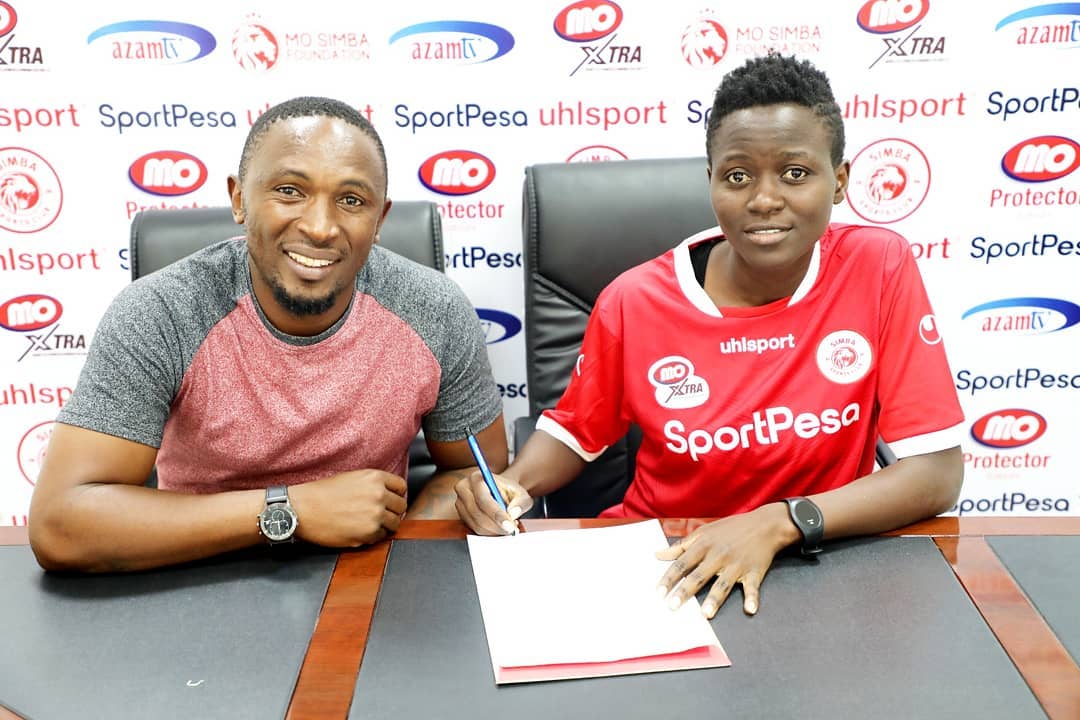 Omita has been in Tanzania for the past one week and despite having been unveiled by the team, her parent club Kisumu All Starlets are crying foul over the move.

According to Team Manager Beryl Akinyi, Simba has approached them for a release but they were yet to give one.

“The player has a running contract with the team and we feel that she didn’t follow the right procedure in her move. She has our blessing in sealing a move anywhere because that all what we want for her but the right channels must be followed.

“Simba has approached us about the player but the transfer is yet to be ratified. We were surprised with the unveiling but we hope they come to the table so that we can have an agreement,” she said.