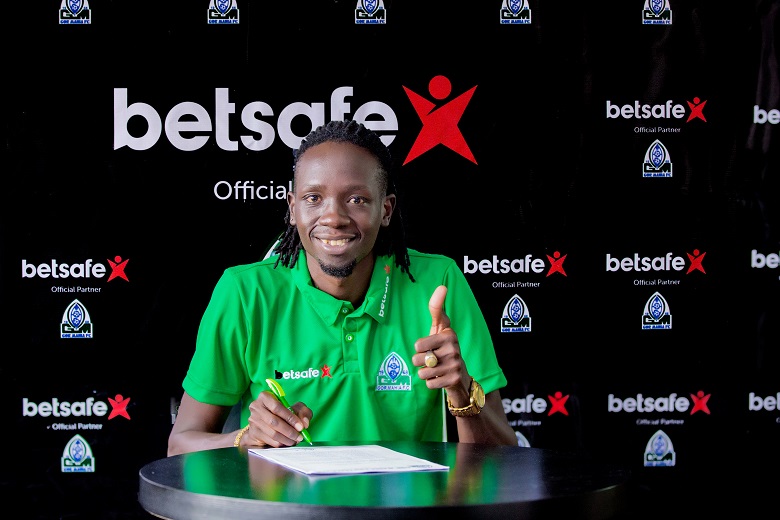 Okelo who is the second player to be unveiled officially by the club joins on a three-year deal.

Also Read: Im Never Going Down without a try

Okello who won the 2019-20 Uganda Premier League title with Vipers, in a season that was abruptly ended with five matches to spare comes with a lot of experience having previously featured for KCCA and BUL FC in his native Uganda with other stints coming with Tanzania’s African Lyon and Mbeya City. His foreign stint saw him represent Hong Kong’s Benfica Macau.

Okelo is just one of the many players expected to join Gor Mahia ahead of the coming season with the club already having confirmed the capture of goalkeeper Levis Opiyo from Nairobi City Stars with midfielder John Ochieng joining from Chemelil.