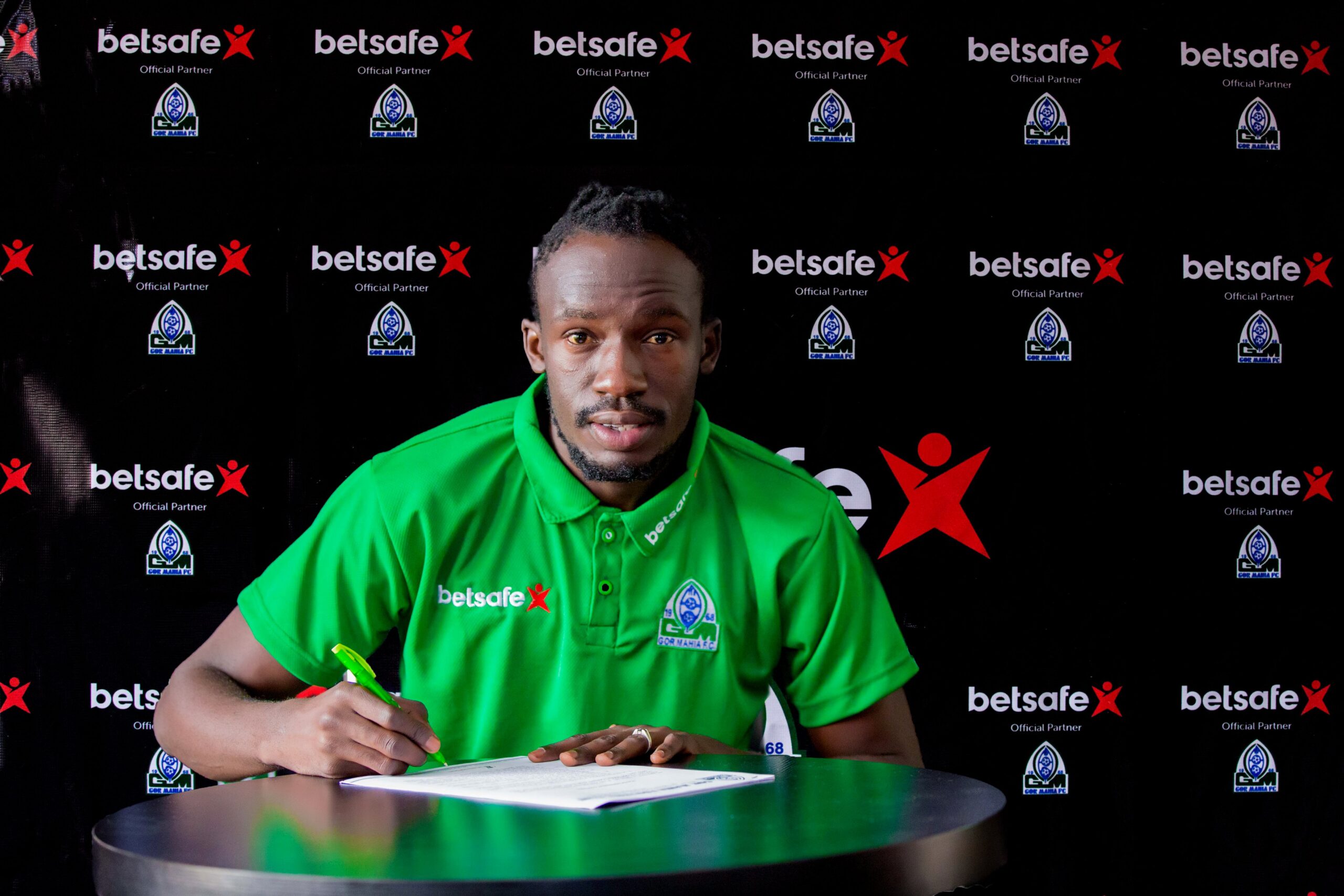 While unveiling the player, Gor Mahia said of the defender who joins on a three-year deal: “OFFICIAL: Andrew Juma is Green.

“We are pleased to announce our fourth signing, centre-back Andrew Juma who joins the club from Mathare United.

“Defender Andrew Juma joins the club on a three-year deal.”

Also Read: Im never Going down without a try

Juma comes in a replacement for defender Joash Onyango who left the club to join Tanzania giants Simba SC.

Juma becomes the fifth signing of the club in this window after that of Levis Opiyo, John Ochieng, John Macharia and Tito Okello.

The club is said to be after the services of Burundian striker Jules Ulimwengu as well as Cameroonian midfielder Bertrand Konfor.

There are players who have already left the club in keepers David Mapigano and Peter Odhiambo who have joined Azam FC and Wazito FC respectively, winger Dickson Ambundo whose loan deal wasn’t renewed and midfielder Boniface Omondo who just like Odhiambo joined Wazito.

Another player who is expected to leave is Juma Balinya who has been linked with KCCA with captain Kenneth Muguna’s future yet to be resolved.