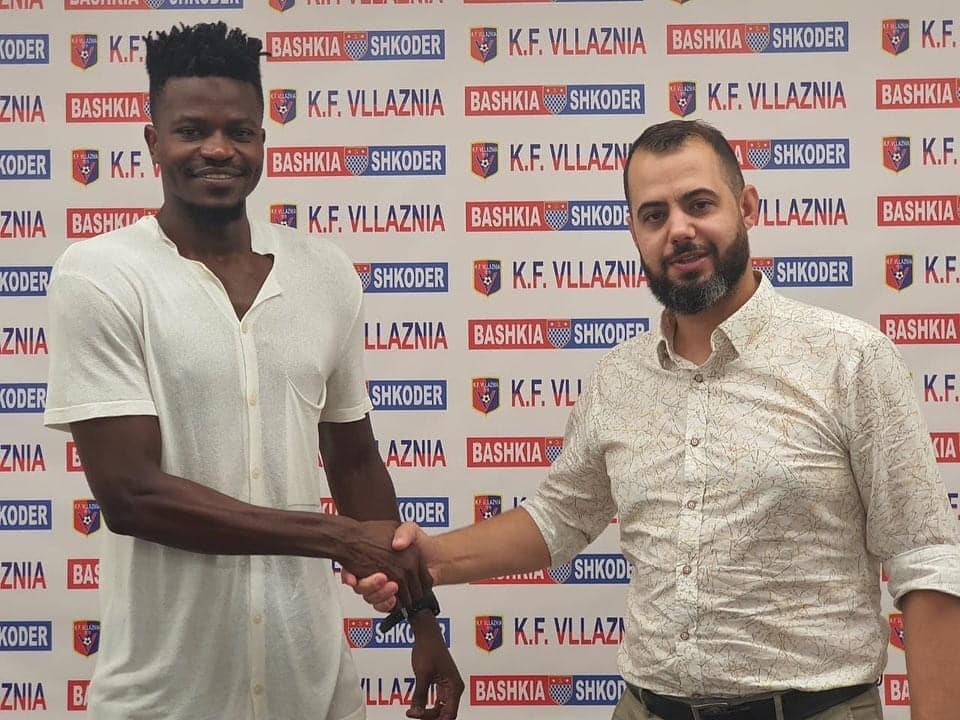 In a statement, the club noted: “Official! Ismael Dunga as of today officially Vllaznis’s newest player, A fantastic hit by our leaders.

“The ability to mark from every quick and technical position Ismael Dunga is the right one to maintain the weight of the attack on Shkodra!”

Dunga is one of the most travelled strikers in the Kenyan scene having featured for ten clubs in the last nine years.

In Kenya, Dunga featured for Congo United, Sony Sugar, Tusker FC and Nakumatt FC (Now Mount Kenya United). In his foreign stint, the striker has been in the books of Greek side Acharnaikos, the Zambia’s City of Lusaka and Napsa Star and FC Luftetari.

Founded in 1919, the club plays their home games at the Stadiumi Loro Borici which has a 16000 capacity. The team that finished 8th in the concluded season begin their new campaign against Apolonia Fier on September 12.

Dunga finished the past season with four league goals for Tirana.Also Read: EPL side interested in Kenyan defender