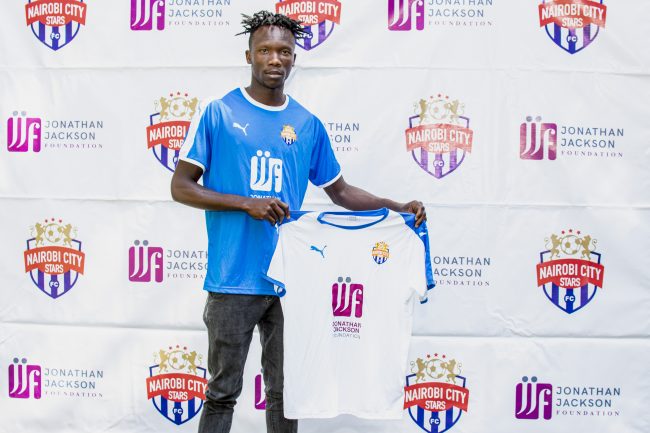 Gor Mahia striker Erick Ombija has crossed over to Nairobi City Stars on a two-year deal.

Speaking to City Stars website team after inking the deal, Ombija who was on loan at Coast Stima said: “My aim was to play the 2020/21 season through hard and support from the entire Coast Stima family.

“My decision to join City Stars comes at the right time and I am glad to join the Lions Pride and be part of a team which will challenge the for the title.

“I am happy to join the likes of Muki (Anthony Kimani), Pinchez (Peter Opiyo), (Oliver) Maloba and many more talented players at City Stars.”

On his part, Stars team coordinator Samson Otieno said: “He’s a proven goal scorer and is a good addition and firepower to our striking department.

“He has been a long term target and we are happy to welcome him to Simba wa Nairobi. He gives us extra options upfront and is a great boost to the team.”

The striker who has been handed jersey No: 24 becomes the club’s fifth acquisition in the current window after the arrival of Rowland Makati, Timothy Ouma, Kola Oyaro and keeper Elvis Ochieng Ochoro.