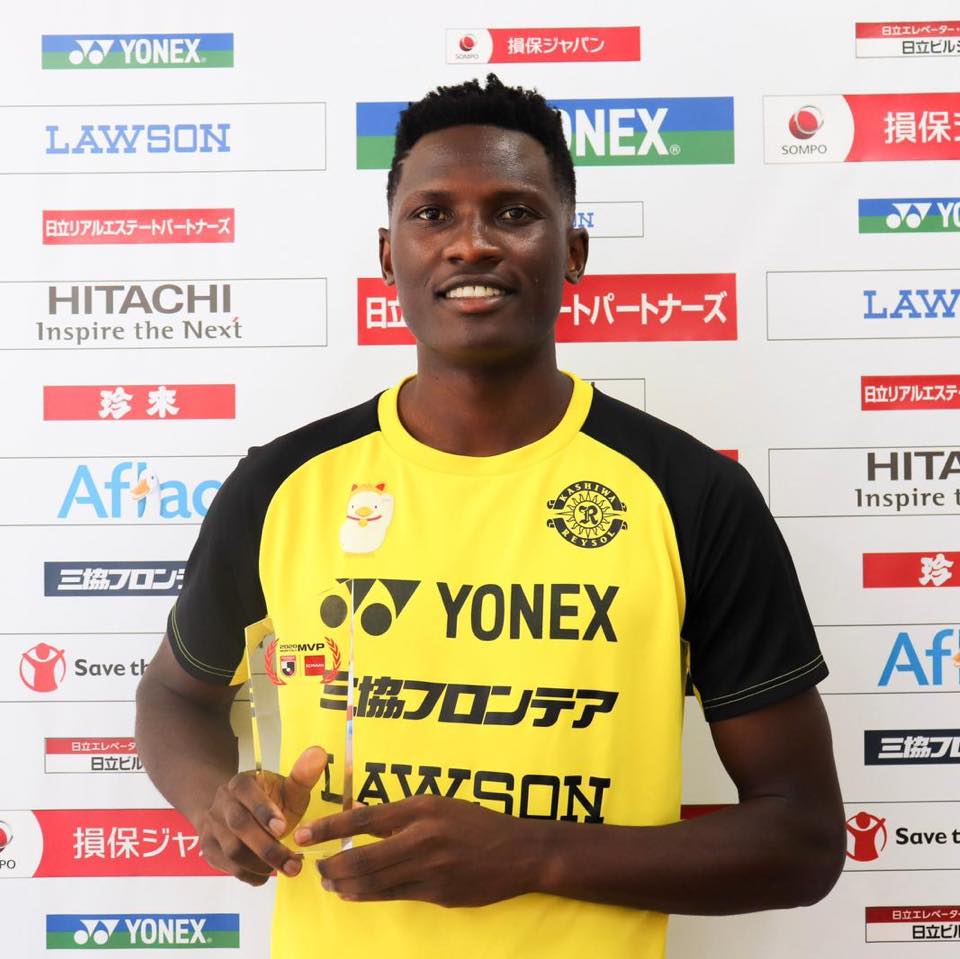 Harambee Stars and Kashiwa Reysol striker Michael Olunga has been named as the Japanese J1 League best player in the month of August.

The Monthly MVP award is presented to the most outstanding players in each league (J1, J2, J3) every month, as determined by a selection committee.

Olunga said of the award: “Its humbling to be named the Meiji Yasuda Konami August 2020 MVP.

Also Read: Where Are They-The conquering Kakamega High School of 2014

“Firstly, to thank God for His unending grace. Secondly, my team mates, coaching staff, subordinate staff, and fans for their support. Thanks, and to many more.”

The former Gor Mahia striker started the month with a goal against Nagoya Grampus and went to score in three consecutive games against Yokohama Marinos, Cerezo Osaka and Vissel Kobe. He was to miss a goal in the game against Oita Trinita but ended the month with a brace against Kashima Antlers to put his tally in the month to six.

Olunga is currently the league’s top goal scorer with 15 goals and will hope that he can add to that tally when they take on Sagan Tosu on Sunday 13 September.