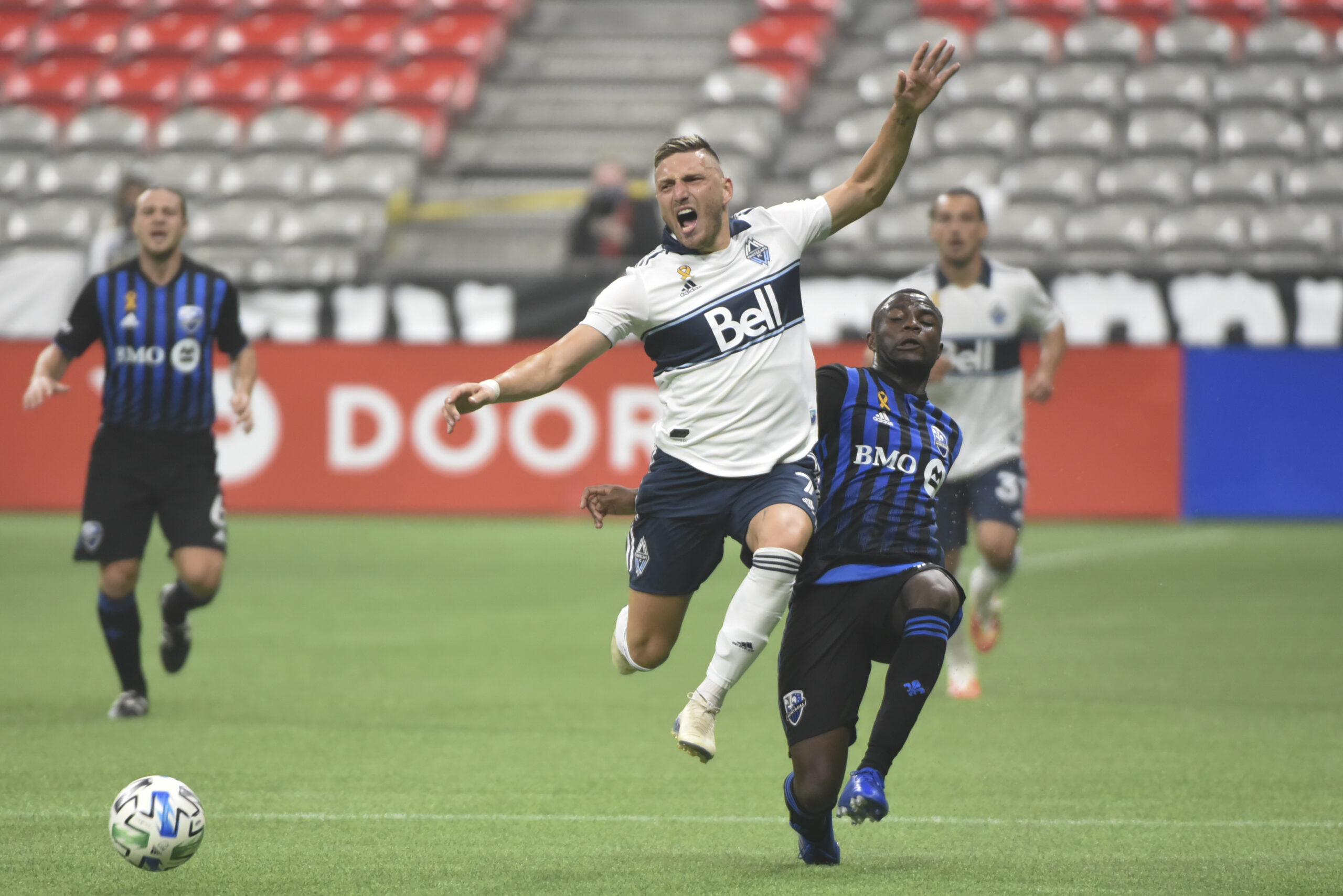 Stars captain Victor Wanyama managed his ninth game for Montreal Impact in their Thursday morning 4-2 win over Vancouver Whitecaps in the MLS.

Thelonious Bair had given Vancouver the lead in the seventh minute but goals from Orji Okonkwo and a Saphir Taider penalty ensured that Montreal had a 2-1 lead heading into the break.Second half goals from Samuel Piette and Romell Quioto ensured that Rudy Camacho’s own goal late on was just a mere consolation for Vancouver.

A win for Wanyama and team on Wednesday against the same opponents in the second leg will see them reach the Final of the Canadian Championship.

Since arriving from Spurs in March, Wanyama has managed every minute in the nine games the team has played across different competition scoring one goal in the process; the combative midfielder having received two yellow cards in the process.

Goal for Tera, red for Nondi as Saburtalo beat Dila

Stars to leave for Togo on Saturday