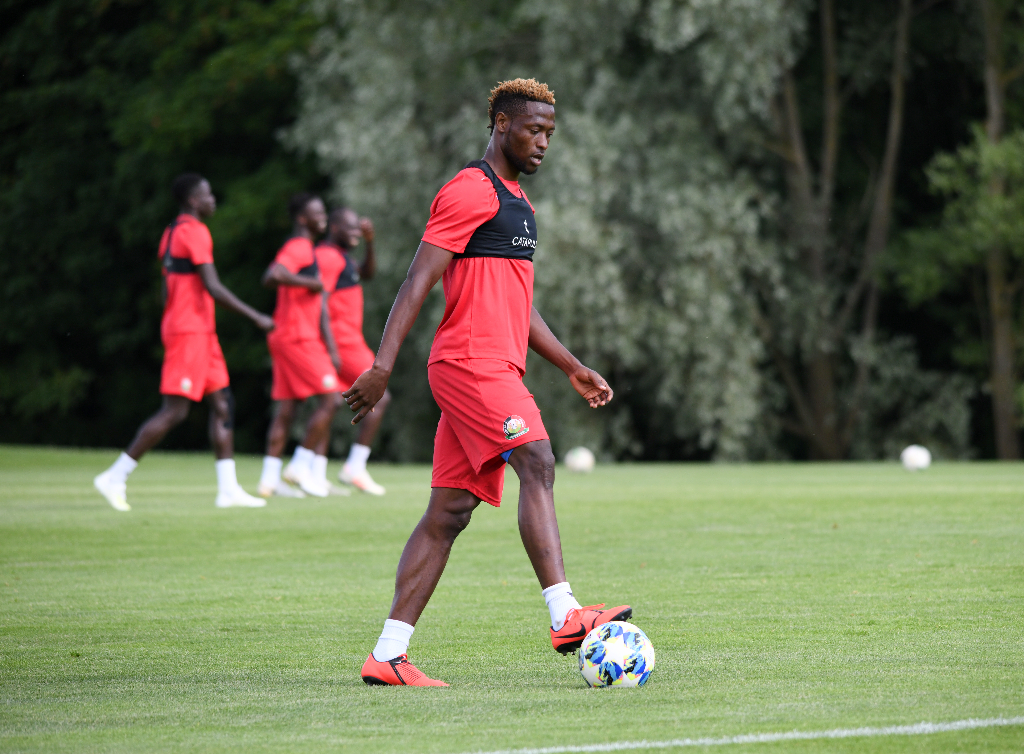 Harambee Stars striker Masoud Juma is on his way out of Algeria side JSK Kabylie according to reports from the nation.

Masud has struggled for game time with the team since joining them in 2019 from Al Nasr and according to Algeria portal Competition.dz, the club’s head coach Yamen Zelfani has not been satisfied with the performance of Juma and wants to strengthen his strike force with a French speaking striker.

“Zelfani is not at all satisfied with Juma’s performance with the coach having informed the club’s management of his desire to strengthen his workforce with a real goal hunter who should be a French speaker.

“It must be said that even the management realized that it is difficult for an English speaker to succeed in our championship, because the former Nigerian international Uche and the Kenyan international Juma have enormous qualities, unfortunately the language problem has been a real handicap for them,” the tabloid claimed.

The club has already identified an unnamed player they would like to take in but will first talk with Masoud over compensation issues since he still has a running contract with the team.

The reports indicate that they want to ship the former Kariobangi Sharks man to the UAE before the end of the month but are finding a difficulty on the same due to the reluctance of club’s reluctance to sign during this COVID period.

“Obviously, they (Kabylie) will do everything to convince him to terminate his contract, because they do not want to proceed with the termination of his contract in a unilateral manner and this, to avoid him seizing FIFA. As the case of the ex-Burkinabe international Banou Diawara who is still not settled, they do not want to end up with a second case at FIFA level especially since they can find an agreement with Juma in the event that he would not find a club to take him,” the tabloid added.

Juma has been on the journey for the better part of his career with the striker having represented ten clubs in the past six years.