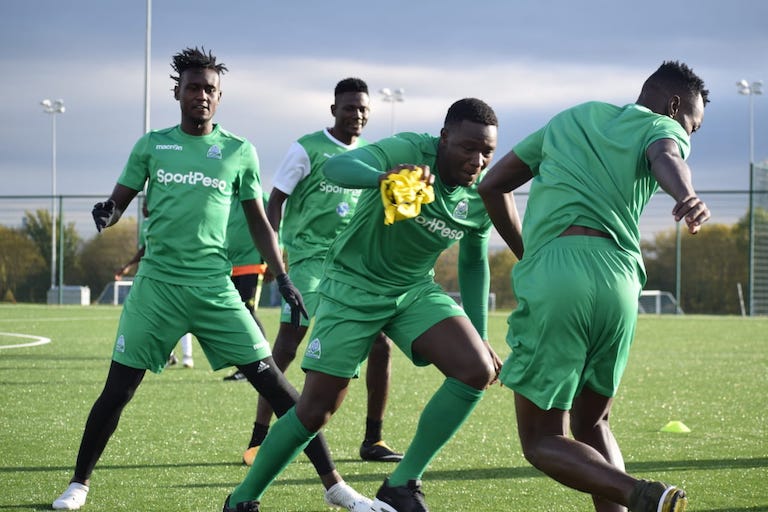 The team trained at Nairobi’s Two Rivers pitch due to the unavailability of Camp Toyoyo which is said to be in a poor condition.

With Football Kenya Federation President Nick Mwendwa having intimated that football might return next month, many clubs have now gone back to the drawing board as they gear for the new season.

In the Tuesday session overseen by assistant coach Patrick Odhiambo, the team welcomed the new faces in the team with the next session slated for Wednesday.

According to defender Wellington Ochieng, it was a nice feeling getting together as a group despite the players having had private sessions during the pandemic.

“It’s always a good feeling having to train with the team. It’s been a long time but I believe everyone is raring to go having been in private sessions during the lockdown.,” Ochieng told Pepeta.

On his side, new acquisition John Ochieng said he couldn’t wait to get started having trained with the group for the first time since joining from Chemelil Sugar FC.

“I’m already looking forward to the preparations because I believe this is the time to show my worth if I am to play. It’s been a good morning getting to know my new mates and I hope together we will achieve greater things,” the midfielder opined.

New signing Tito Okello was part of the Tuesday session but he is expected to leave the country this week to join his new teammates in South Sudan ahead of their friendly against Cameroon.

Odhiambo is expected to take the team through their session this week as they await the return of head coach Steve Pollack who left for his native Finland for a ten-day holiday.