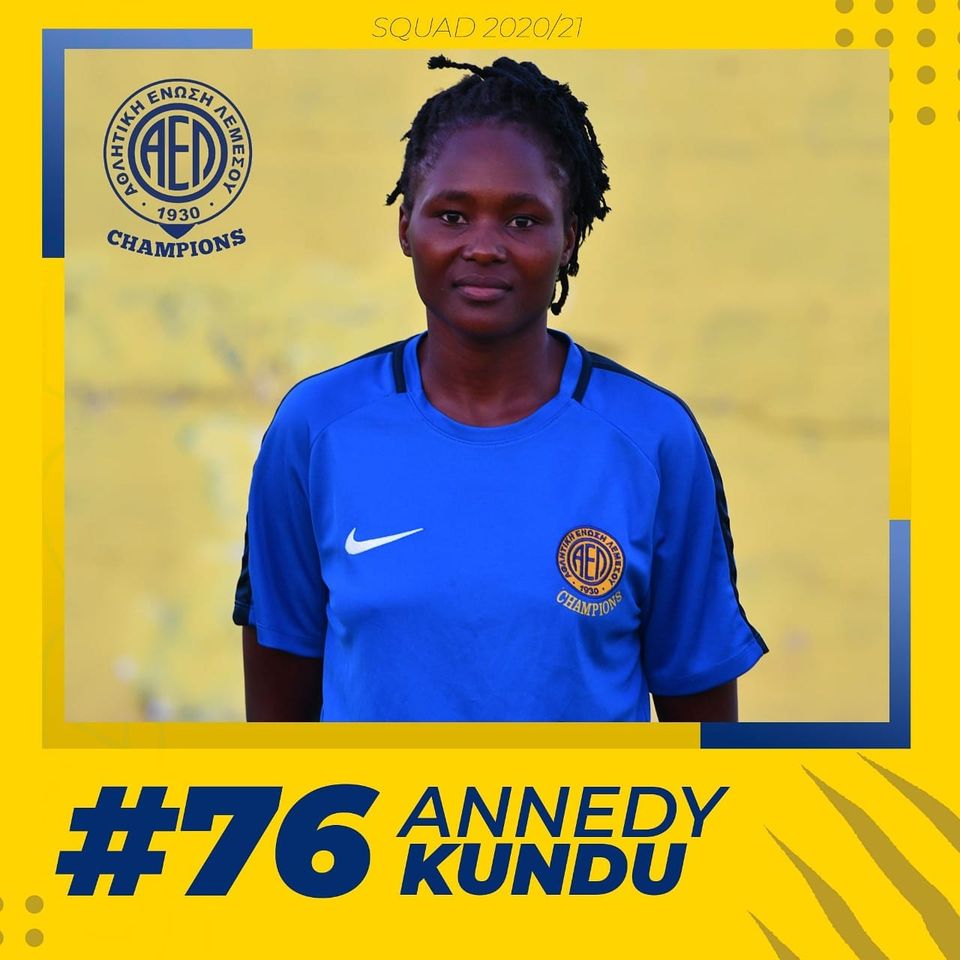 Annedy joins the club on a two-year deal having featured for Lakatamia together with country mate Ruth Ingotsi.

The player has already featured for new side in their weekend 13-0 win over Ethnikos Achnain week one of the Championship; the player hoping that she can have more minutes when they come against Karmiotissa Chrysomila on September 27.

In her stint with Lakatamia, Kundu managed to feature in 12 games before the season was disrupted by the COVID outbreak.

Also Read: Im Never Going Down Without a Try

The Cyprus Division One League is the only women’s league in the country and hence there is no promotion or demotion required in the competition that has nine teams.

There has been rumors that more of the players have deals in place with Ingotsi being one of the ladies said to be on the verge of sealing a deal from Lakatamia.