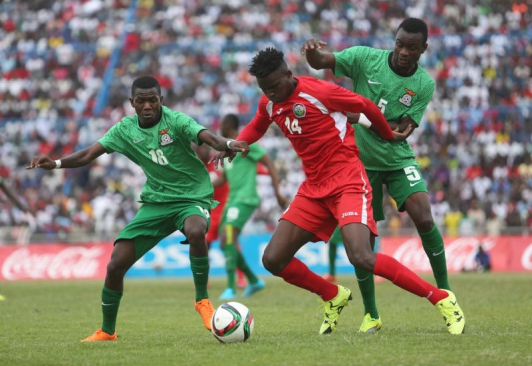 Kenya’s Harambee Stars will take Zambia in an international friendly on October 13, 2020, this as confirmed by the Zambian Football Federation (FAZ).

Football Kenya Federation President Nick Mwendwa had intimated earlier in the month that Stars were talking with teams to engage in friendlies with the latest news being a boost for the Francis Kimanzi side ahead of their 2021 AFCON Qualifiers against Comoros.

“Before we play the games against South Africa on the 11th (October 2020) and Kenya on the 13th of October, we are still look at possibilities of getting another (international) friendly match at home between October 5-9 on request from the technical bench,” FAZ General Secretary Adrian Kashala said in a statement.

Stars is set to come up against Comoros on November 9th this after recording draws against Egypt and Togo in their first two matches in the qualifiers; their next game having been postponed due to the COVID outbreak.

Apart from Zambia, there have been reports that FKF have approached the Sudan national team for another friendly although the country is yet to confirm their availability.

The game against Zambia is set to be hosted at Nyayo Stadium and it will be the first game for Stars since their 1-1 draw against Togo at the MISC Kasarani on November 18, 2019.