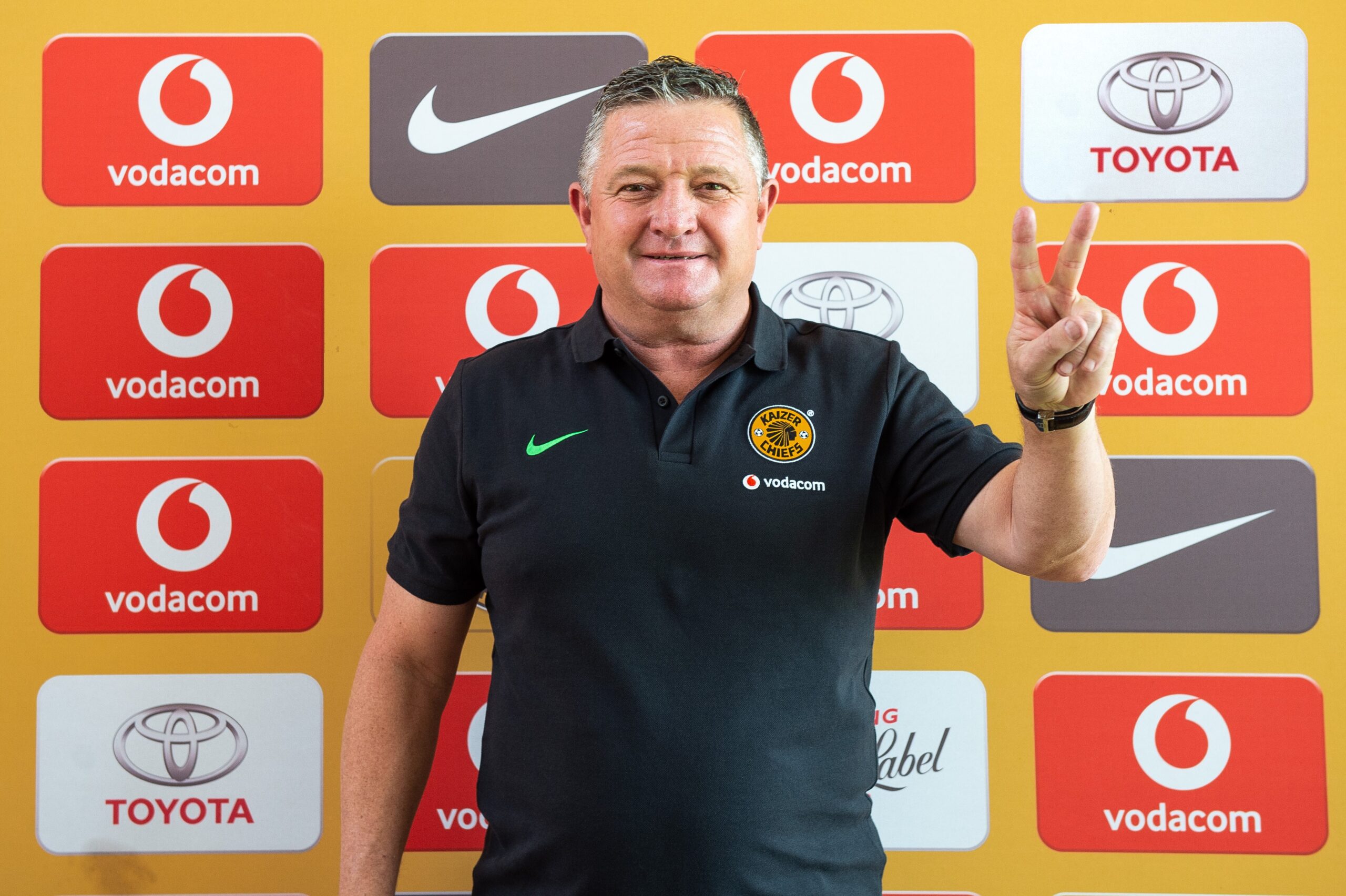 Chiefs said in a statement: “Gavin Hunt has been appointed as the new head coach of Kaizer Chiefs. His contract will see him take charge of Amakhosi’s first team for the next three seasons.”

On his part, the club chairman Motaung said: “We looked at our situation and our needs before deciding on Gavin. He brings with him an abundance of experience, having coached about five teams in the Premiership. There is success wherever he has coached.

“Given that the Covid-19 epidemic has forced us to finish the season in the bio-bubble and that the squad will only rest for two weeks before the players return for pre-season, we needed a coach who understands the local market and conditions. We believe that with Hunt we have brought in a person with the right experience and energy to do just that.”

Hunt joined professional football in 1981 hiving spent most of his playing career at Hellenic FC as a defender.

Hunt who comes to replace Middendorp has an impressive CV having promoted Seven Stars from the First Division Coastal Stream to the elite league. His other achievements include, winning the PSL Coach of the Season on five occasions and winning the PSL four times with two different teams.