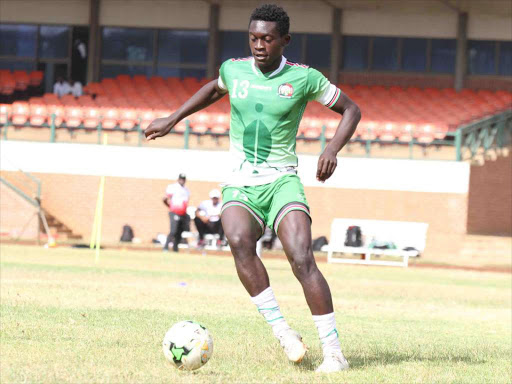 Zambia Super League side Buildcon FC are on the verge of sealing a move for Kenya U23 midfielder Teddy Osok.

Osok had been spotted in Zambia last week for talks with the club and it is believed that he has impressed during his trial session to be offered a deal.

Pepeta sources reveal that the player had left the country together with another unnamed player from FC Talanta with the duo having been with the team for the better part of last week.

“They left the country last week and they are still being gauged. The team is Buildcon and we hope that everything goes on well for them,” the source revealed.

Osok has been a free agent after parting ways with Wazito FC last month with Buildon keen to strengthen their midfield options ahead of the new season.