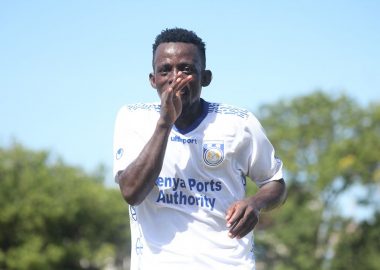 Nzoia Sugar FC have acquired the services of Mustafa Oduor, Moses Mudavadi and Cliff Kasuti all who were dropped by Bandari FC ahead of the new season.

The trio was considered surplus to requirements by the Mombasa based side having fallen out of favour since the departure of manager Bernard Mwalala.

Other new faces who will be joining the team are Felix Oluoch and Eric Otieno who arrives from Posta Rangers and KCB FC respectively; the last new face being young striker Tyson Kapchanga who captained St. Anthony’s Boys Kitale to the National School Ball Games triumph in 2019.

Kapchanga has previously held trials with Uganda side Vipers and was on the radar of some teams but Nzoia moved swiftly to tie him with a deal.

Nzoia will be under Sylvester Mulukurwa in the new season after he was elevated from the assistant coach role following the departure of Collins Omondi. He will hope he can steer the team to greater heights after finishing 15th in the past season that ended prematurely.

Also Read: I’m Never Going Down Without a Try

The Weekend that was