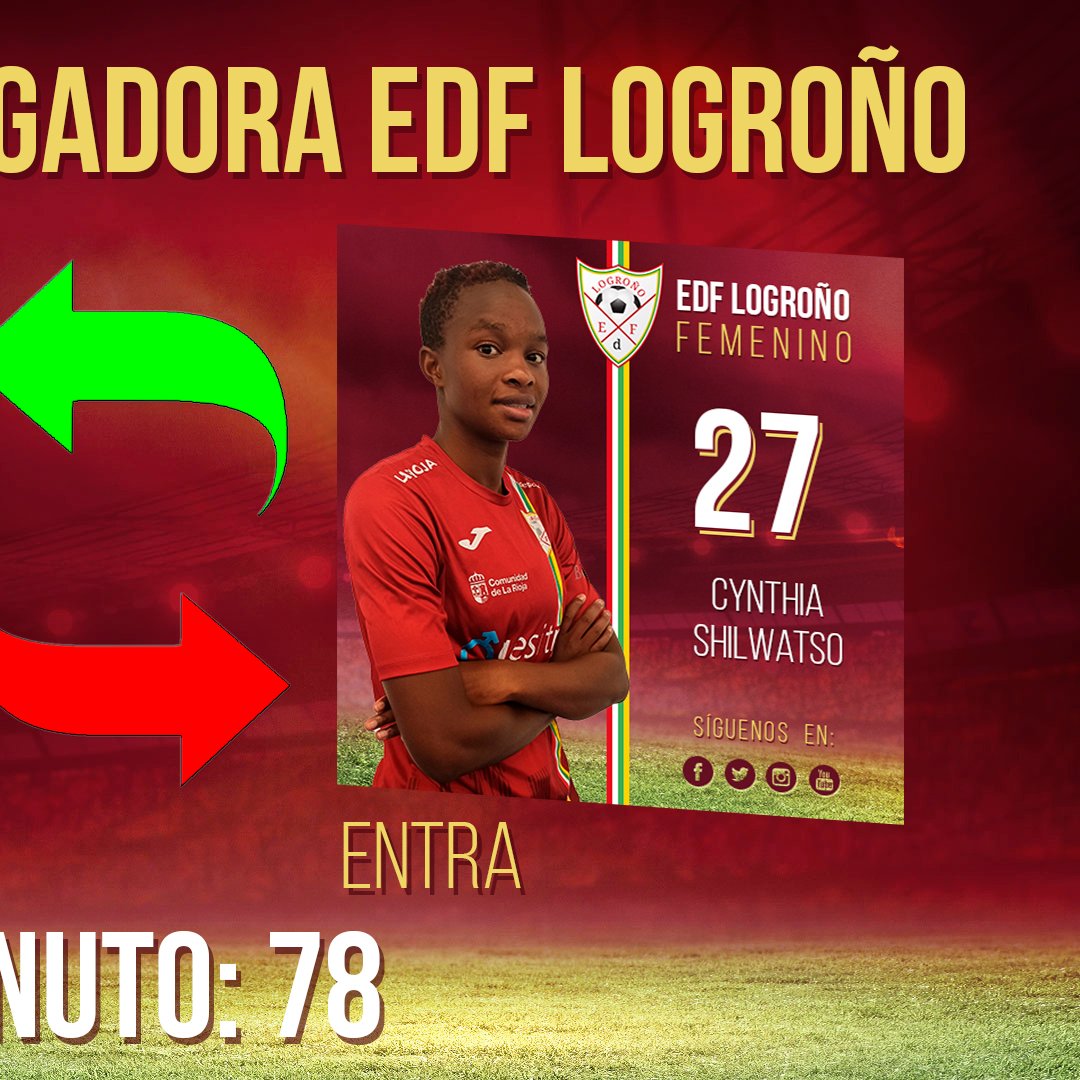 Harambee Starlets striker Cynthia Shilwatso made her competitive debut for Spanish top tier side EDF Logrono on Saturday as they went 2-1 down to Levante.

Shilwatso was introduced in the 78th minute for Ida Guehai after her side had already shipped in the two goals.

After a goalless first half, visitors Levante took a 55th-minute lead through Irene Guerrero before Esther Gonzalez doubled their lead four minutes later.

It was the first game of the season for both teams with Atletico Madrid and Athletic Club being the other winners in the matches played on Saturday.

Shilwatso will be hoping for more minutes when her side hosts Athletic Club on October 7 at the Estadio Nuevo Municipal Stadium.