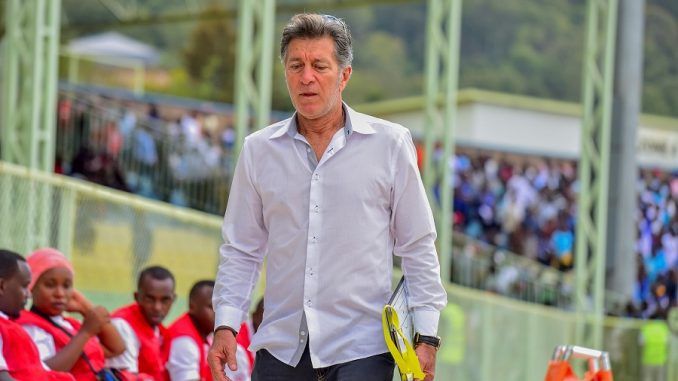 Brazilian coach Roberto Oliveira Goncalves do Carmo has arrived in the country to take over the reins at Kenyan Premier League giants Gor Mahia.

Goncalves was snapped arriving in the country on Saturday morning and is expected to be unveiled anytime this week; reports indicating that Gor had settled on him after Pollack had left the country in what the club said as a holiday trip.

Hours after parting ways with Pollack#Pepeta#Sirkalhttps://t.co/tlxSBv3oj2

The Brazilian has been coaching in Africa for the past 15 years in countries like Tunisia, Rwanda and Angola; his latest job being with Rwandese giants Rayon Sports where he was in charge when they beat Gor Mahia at Kasarani in the CAF Confederations Cup when Dyllan Kerr was still in charge.

Gor Mahia had confirmed on Friday that they had parted ways with Pollack with the tactician having had left the country on September 12 and leaves one year after taking over the mantle of the team from Hassan Oktay.