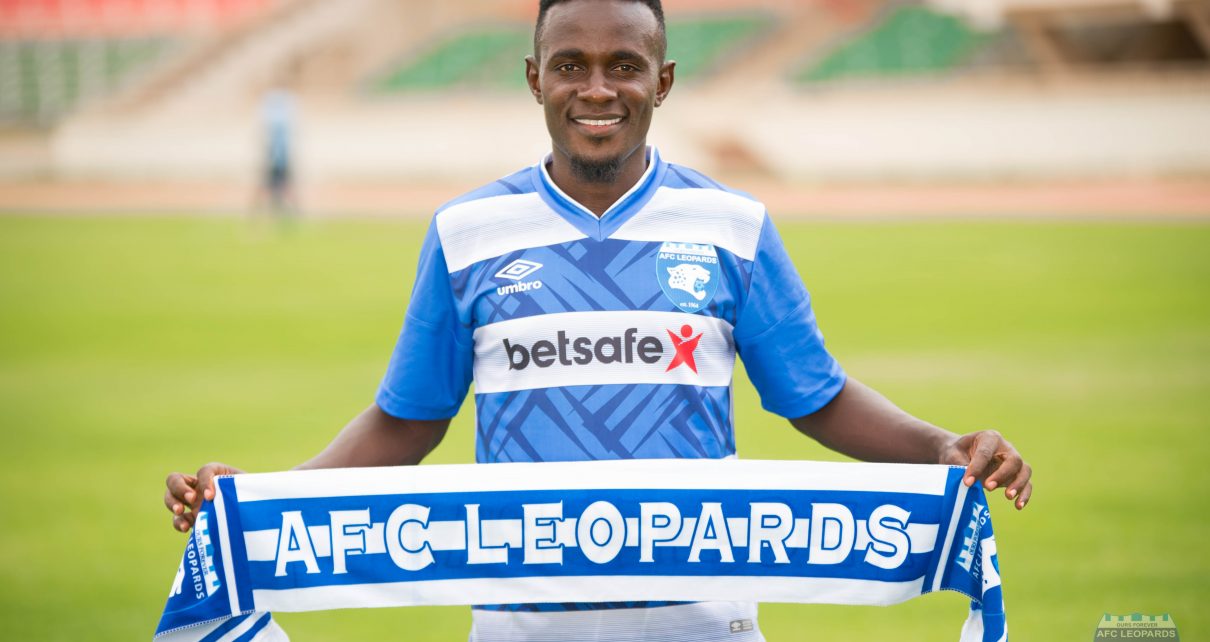 Mwendwa has been a free agent since leaving Kariobangi Sharks a month ago and according to Leopards, the player was joining in a two-year deal.

“AFC Leopards is delighted to announce the signing of Harrison Mwendwa from Kariobangi Sharks on a two-year contract.

“The speedy and talented winger joins The Den and will make his debut during the pre-season tour of Western Kenya,” Leopards said in a statement.

On his part, the player said: “I am thrilled to be joining AFC Leopards. This is a great step in my career and I’m looking forward to joining the rest of the team and kick off this season’s campaign. I’m keen to get started and make my contribution to the team’s efforts to win more trophies.

“AFC Leopards is a great club with massive support and great management.”

The player has been handed the number 7 jersey.

Also Read: 22 Goals for Olunga as Kashiwa goes down