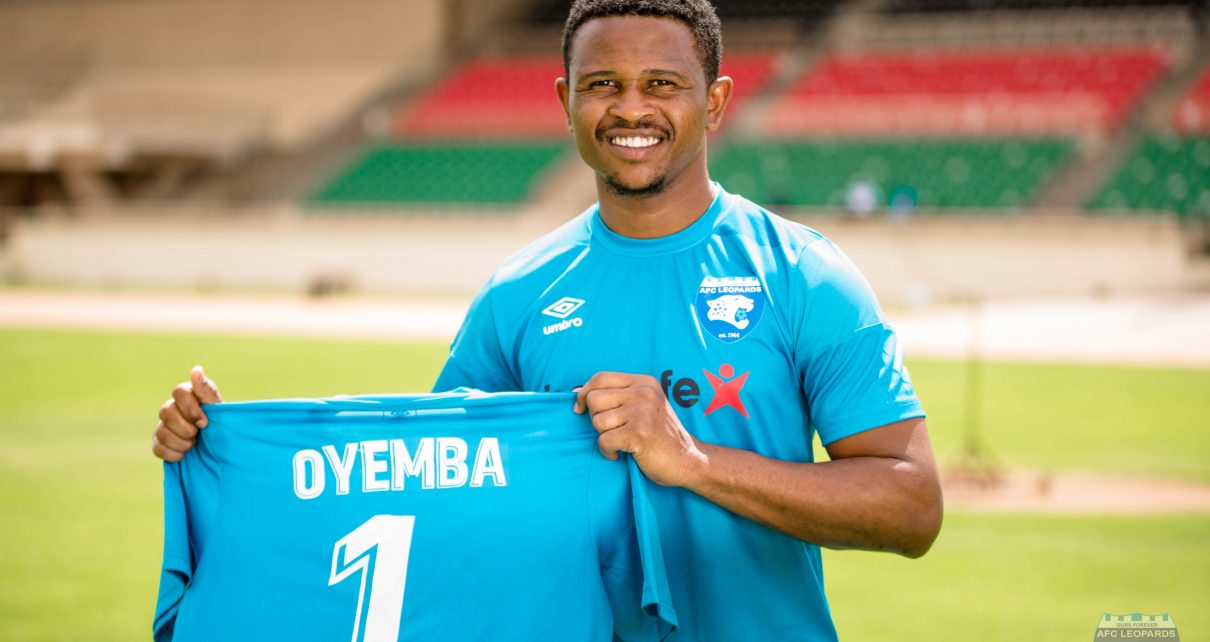 AFC Leopards have confirmed the capture of goalkeeper John Oyemba on a free transfer.

In a statement, Leopards said: “AFC Leopards on Monday announced the signing of John Oyiemba from Kariobangi Sharks on a two-year contract.”

According to the club, the player who was earlier not included in the team that travelled for their preseason is expected to make his debut in the club’s exhibition match against Shabana on Tuesday.

On his part, the player said: “I’m confident that the technical bench and my teammates will hit the winning formula and bring success to the club. I’m excited to join one of the best-supported clubs in the country with a fantastic fan base.”

After completing his High School at Jamhuri, Oyemba moved to Nairobi Stima before leaving for Kariobangi Sharks in 2015.

The 26-year-old bagged the Goalkeeper of the Year gong during the  Sports Journalists Association of Kenya (SJAK) in 2017 and was part of the Harambee Stars team that participated in the 2019 African Cup of Nations.