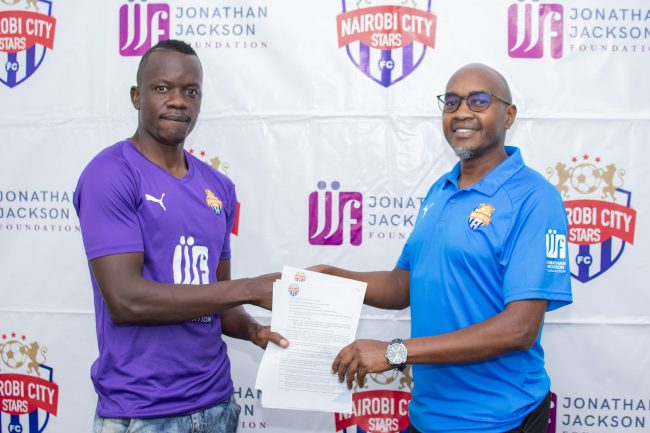 In crossing over to City Stars, Ouma said: “I believe I made the right choice to join City Stars. It’s a team with big ambitions, quality players, great coaching staff and run in a very professional way. It’s the right place to take the challange.”

On his part, City Stars coordinator Samson Otieno added: “He was key to Homeboyz last season where he featured in 20 of the 22 games played. I thank Homeboyz for allowing him to cross over to City Stars after releasing him from his contract.

“Vidic is a solid stopper and certainly a good asset and acquisition who will add great value to our team. We welcome him to Simba wa Nairobi.”

The defender will fight for a position together with Edwin Bulimba, Ugandan Yusuf Lubowa Mukisa, Wycliffe Otieno and Salim Shitu Abdalla.

The new signing has been handed the number 25 jersey.