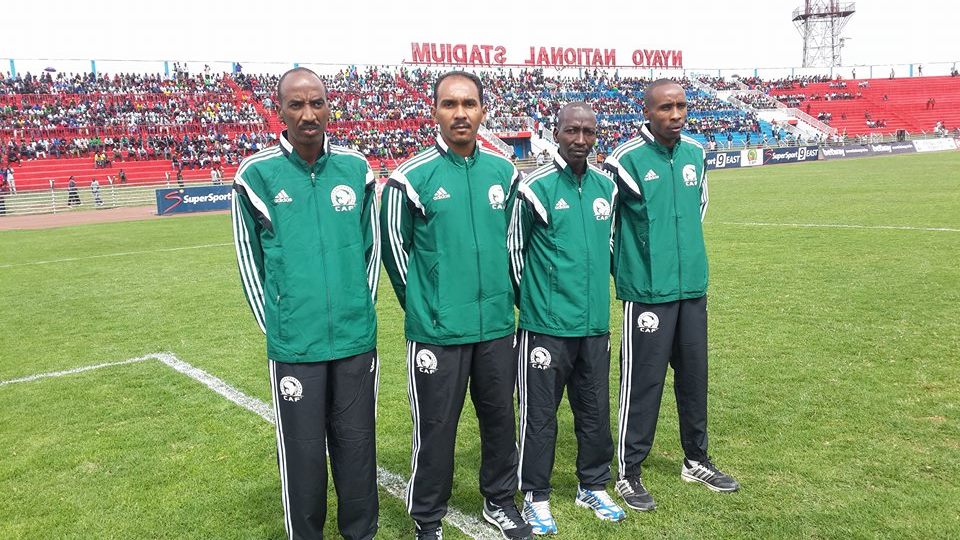 The Confederation of African Football (CAF) has appointed Libyan quartet to oversee the 2021 AFCON Qualifier between Kenya’s Harambee Stars and Comoros slated for November 11, 2020.

In the game slated to take place at the MISC Kasarani, Mutaz Ibrahim will be the centre referee and will depend on country mates Attia Essa Amsaaed and Majdi Kamil as the first and second assistants respectively; another Libyan in Abdulwahid Huraywidah being the fourth referee.

Eritrean Tuccu Guish Ghrbremedhin has been appointed as the Match Commissioner; the game having been suspended over a year due to Covid outbreak.

The return leg slated four days later in Omnisport Stadium in Malouzini will have Ethiopian referees. Bamlaku Tessema Weyesa will act as the centre referee where he will be assisted by Kindie Mussie and Temesgin Samuel Atango. The fourth referee is Lemma Nigussie and with Philip Georges from Seychelles being the match commissioner.

Comoros lead Group G with four points with Stars being second with two points; the same number of points as third-placed Egypt with Togo trailing with one point.

Samatta in as Tanzania name team for Harambee Stars test