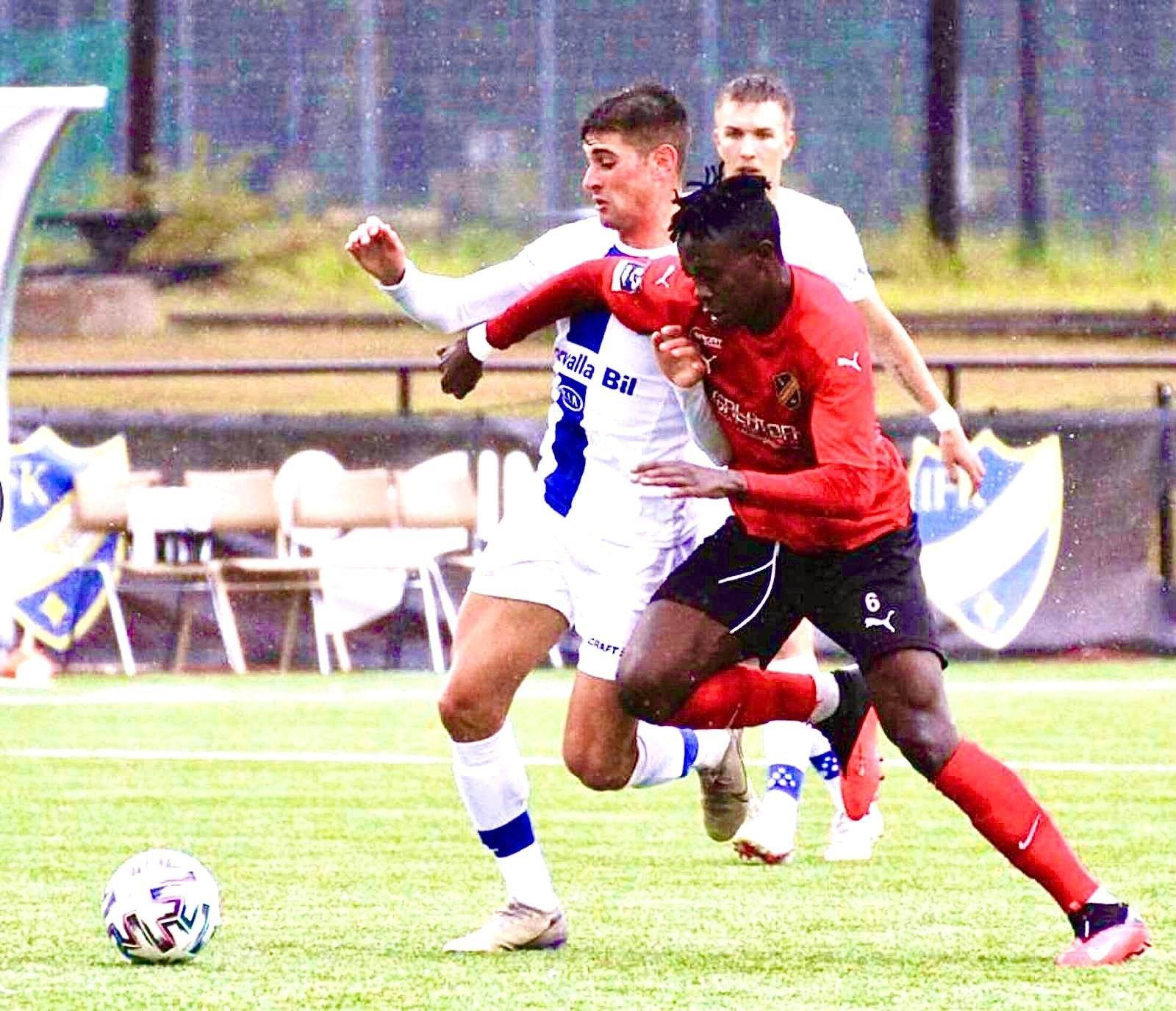 Harambee Stars midfielder Anthony Wambani helped his IF Vasalund to promotion in Sweden.

Wambani was part of the Vasalund team that recorded a 3-1 win over Gefle on Saturday but his team had to wait for Sunday matches to confirm promotion; the Kenyan completing the full minutes in the game.

Their promotion dream was realized when Haninge played to a 2-2 draw against Sandviken and Brommapojkarna losing 1-2 to Täby FK; the result seeing the team getting promoted to the Swedish Superettan (the country’s second Division).

With four games left to play, Vasalund are 13 points above second-placed Brommapojkarna and Haninge who are both on 50 points.

Wambani will now join another Kenyan in Eric Johanna in the Superettan in the coming season with the latter being in the books of Sodra.

In the season, Wambani has been a key figure for his side featuring in all of their 26 games and scoring six goals in the process; the player having picked three yellow cards in the entire season.