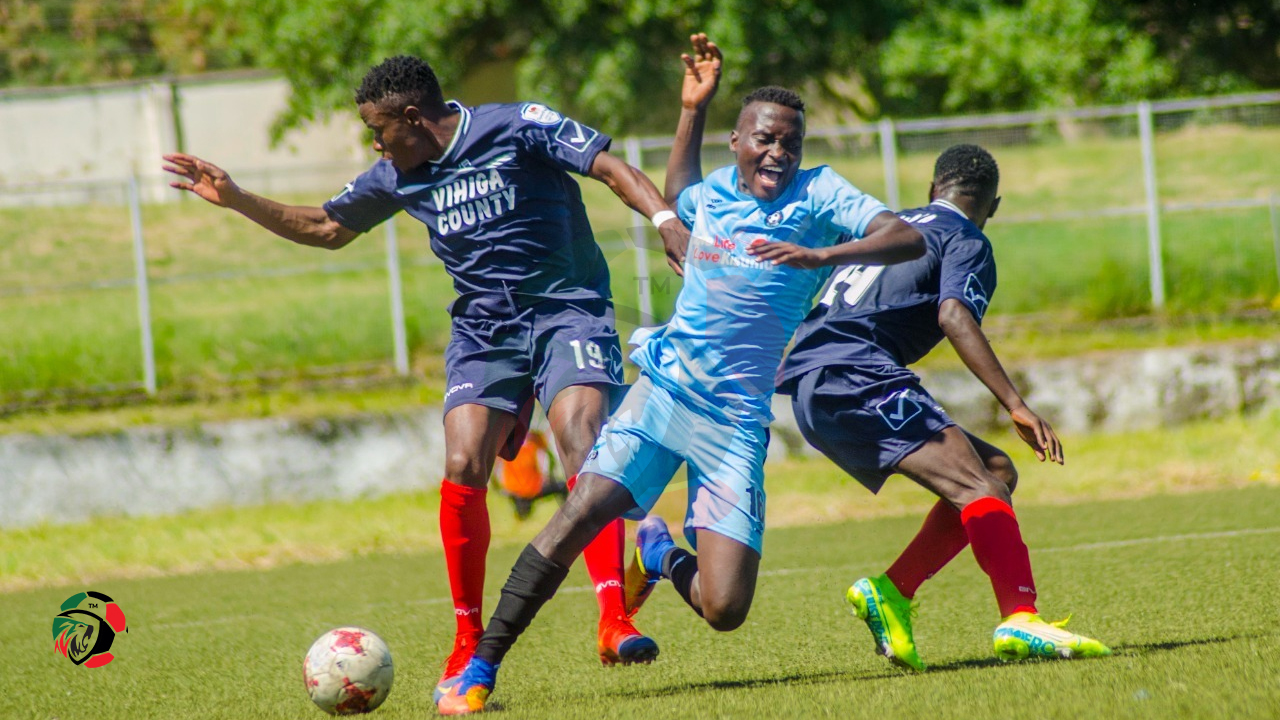 Vihiga United will be participating in the Kenyan Premier League next season after beating Kisumu All-Stars 5-3 in post-match penalties this after a 2-1 win (3-3 aggregate) in regular time.

All-Stars had come to the game with a one-goal advantage after managing a 2-1 win in the first leg hosted in Mumias over the weekend and they wasted no time in extending that lead when Eric Otieno opened the scoring proceedings deep into the first half.

Vihiga’s response was immediate with Dennis Wafula, who scored his side’s only goal in the first leg, levelling matters with the first half ending on a 3-2 aggregate.

Ten minutes after the resumption, Vihiga took the lead through from the penalty spot through Patrick Okulo after Jeconia Ogendo had handled the ball in the area; a lead they were to maintain until the final whistle. With the game on a 3-3 aggregate, both teams went straight to post-match penalties with Vihiga emerging 4-2 winners in the shootout.

The results see All-Stars demoted to the country’s second-tier as Vihiga returns to the top flight after two seasons in the National Super League.