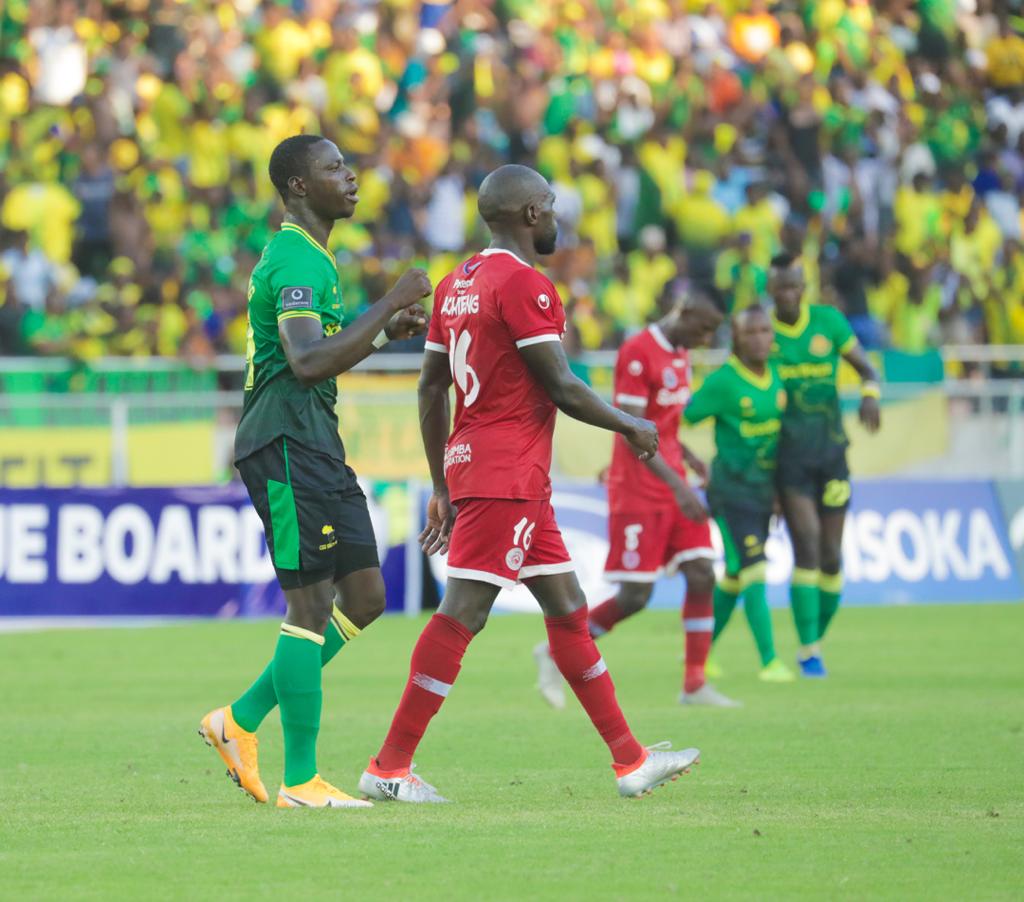 It was the fourth meeting between both sides this calendar year, with each team having won once and one game ending in 2-2 draw.

The game was a balanced affair until the half-hour mark when Yanga won a penalty after the marauding Tuisila Kisinda was brought down by Onyango much to the amazement of the Simba players who felt the foul was outside the box. Up stepped Michael Sarpong to give Yanga the lead; a goal that was to be the difference at half time.

Sensing danger and in his bid to chase the game, Simba head coach Vandenbroeck introduced Hassan Dilunga in place of Larry Bwalya at the start of the second half. Yanga going on to introduce Juma Mapu for the injured captain Lamine Moro.

In the 71st minute, Yanga made another change as goalscorer Sarpong was replaced by another new signing Yacouba Sogne but it was Onyango who was to save his side with an 86th-minute header following a corner from Luis Miquisosne much to the relief of the Kenyan who was participating in his first Dar Derby.

Other Kenyans in Faruk Shikhalo (Yanga) and Francis Kahata (Simba) were left on the bench in the game.