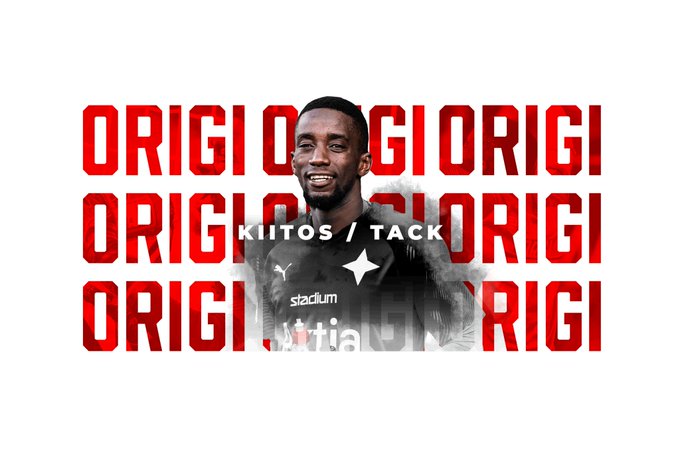 The shot stopper who is expected in Harambee Stars camp this week has been coy on his future but the club, in a statement, thanked him for the services he rendered for two seasons and the great moments they shared together.

“HIFK thanks Arnold Origi for two memorable seasons, all the great victories, numerous top defences, singing the Pride Chant of IFK Stand after the game with the winners and above all the great moments during our joint journey,” the statement noted.

Origi joined HIFK in 2019 after a move to Crystal Palace fell through in the last minutes. During his time at the club, he managed 33 games all being starts receiving three yellow cards and one card.

In the season that finished last week, Origi who kept seven clean sheets managed to help the team to an 8th place finish with 28 points.

There is a possibility that the player might return to Norway after making a name there with Lillestrom. Apart from Lillestrom, the player has previously featured for Kongsvinger, Sandnes Ulf, Ullensaker/Kisa, Fredkistad and Moss.