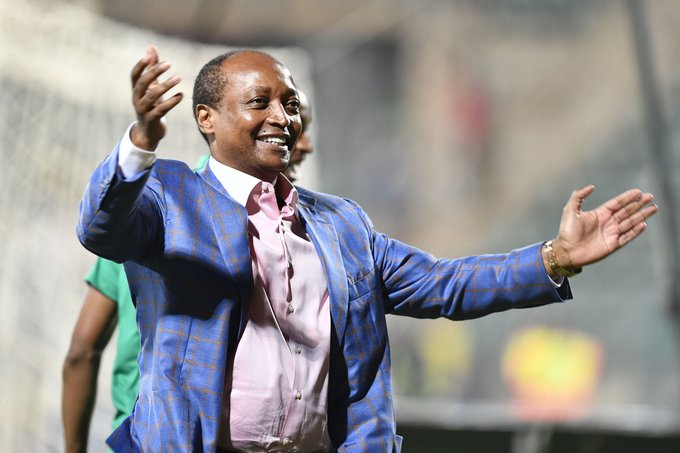 Mamelodi Sundowns owner Dr Patrice Motsepe, has announced his intention to become the next president of the Confederation of African Football (CAF).

In a presser on Monday, South Africa FA president Danny Jordaan, speaking on behalf of Motspe who is in quarantine said: “Caf must improve its global standing. He (Motsepe) is the most appropriate person we could offer for the leadership of Caf. We do not want any compromise on governance or ethics in football.”

South Africa’s Sports Minister Nathi Mthethwa also attended the presser to show the backing the country has in one of their own; Motsepe also receiving the backing of Nigerian Amaju Pinnick who has now decided against standing for the seat.

Motsepe becomes the third person to bid for the role, after incumbent Ahmad and Jacques Anouma of Ivory Coast.

Reigning president Ahmad, meanwhile, declared his candidacy in October but his ability to contest March’s elections is in doubt given he is set to face a ban from football after being found to have breached various Fifa’s ethic codes.

Motsepe’s bid, which comes ahead of Thursday’s deadline for candidates to formally register their interest.