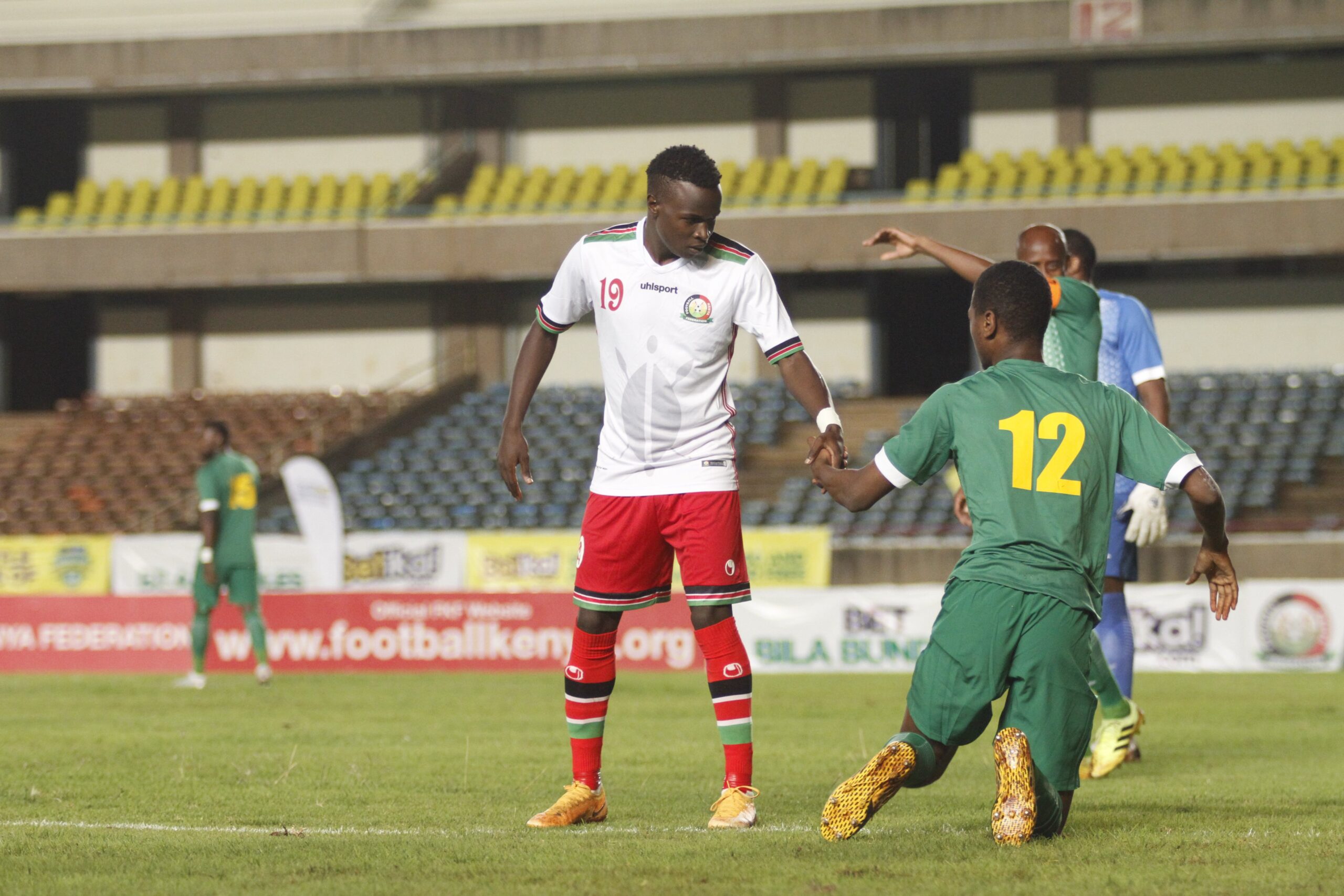 Harambee Stars head coach Jacob ‘Ghost’ Mulee was impressed by his player’s output despite being held to a 1-1 draw by Comoros on Wednesday.

The visitors were reduced to ten men in the first half after goal scorer Youssouf M’changama was shown a second yellow card and despite the anger of the home fans, Mulee admitted that he couldn’t fault his players for the efforts they showed.

“I think the game went on as per planned. Comoros is a good team that’s why they are leading the group however we were here to try and stop them. We created a lot of chances when they were one man down and I would just say we didn’t make good use of the chances we created.

“I am satisfied with the effort that the boys have put. They are a solid team that has been together for close to eight years and were impressive,” Mulee said after the game.

The tactician further believes that they can cause an upset in Moroni for the return leg of the game but admitted that it will be a difficult game.

“We have a plan in place for the match and we could turn tables in Moroni. I know it’s a tight and difficult hunting ground. We leave on Friday and we will see how it goes,” Mulee added.

With the draw, Stars cemented their second-place position with three points with Comoros extending their lead in the group with five points.