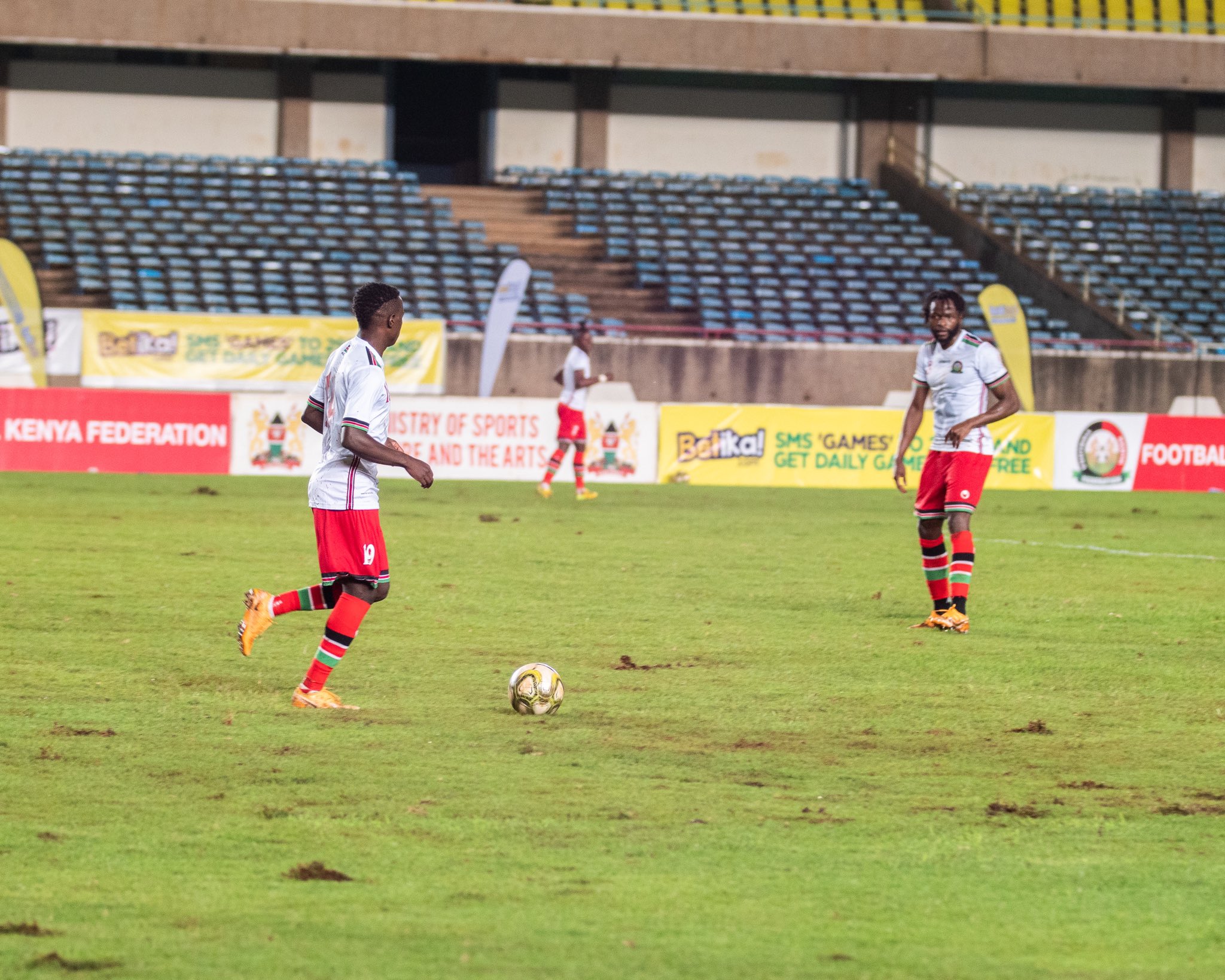 Harambee Stars head coach Jacob ‘Ghost’ Mulee has refused to blame his strikers in their AFCON Qualifier 1-1 draw against Comoros on Wednesday night.

Stars threw all they could more so in the second half after Masud KJuma had equalized for the home side but couldn’t get the elusive goal to win the game.

There have been discontented voices from the fans that the team miss the services of star striker Michael Olunga in the tie but according to Mulee, that wasn’t the case as he feels everyone in the team was not just lucky when it came to scoring.

“Not quite,” Ghost replied when asked if the team missed Olunga. “We had so many opportunities to score even the captain came with an effort in search of a second goal but the ball didn’t go in.  We had the power upfront but the goal couldn’t just come,” Mulee said in his post-match interview.

Stars who are now placed second on the log with three points after recording three draws in their first three games will hope for a change of fortunes when they take the same opponents in Moroni on Sunday 15, November in Comoros.

Comoros on the other hand tops the group with three points and will be hoping that results in the game involving Togo and Egypt go their way too ahead of Match Day Four.