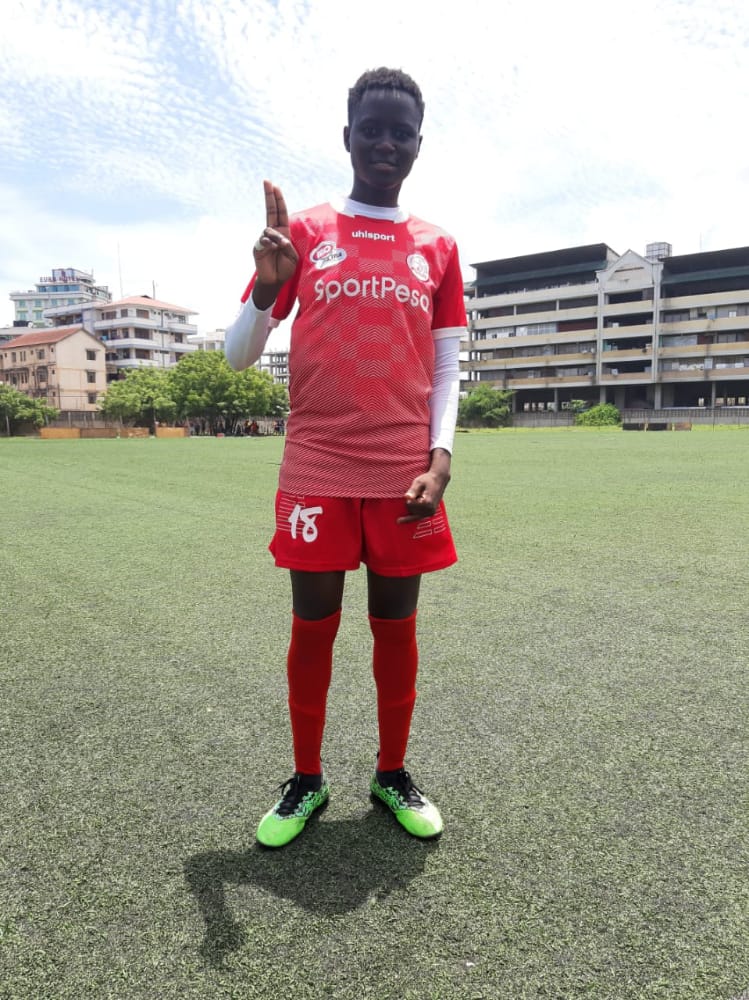 Harambee Starlets forward Bertha Omita has opened up about life in Tanzania since joining Simba Queens in August 2020.

Queens start the 2020/21 season on 28th November 2020 and Omita has been training with her new teammates as she gets used to the Dar Es Salaam life and climate; the playing revealing to Pepeta that she had adapted to the new life in the country.

“Everything has been fine thus far. I am adapting well and hoping to have a great season. My target is to continue working hard, score goals and provide more assists because I’ll be more of a midfielder here, ” Omita said.

On her dreams of representing the national team, the Ex Kisumu All Starlets has eyes on becoming a regular figure in the David Ouma squad in future assignments.

“Everything I do in this world and football, I always put God first because I believe that He is the one who makes things happen. So if everything goes His way I would wish to be a regular player in the Harambee starlets team.

“I was not involved as much as I would have wished in my last call up but I have to thank coach David Ouma for the opportunity and the guidance he gave me in regards to areas he thought I should improve on. I’m working on the same and I believe that I’ll be back and even make the first eleven,” she added.

Bertha who is a grandaunt of Bondo University with a Bachelor’s degree in Education dreams of playing in the top European leagues preferably in France and England and will don jersey number 18 for Simba this season.