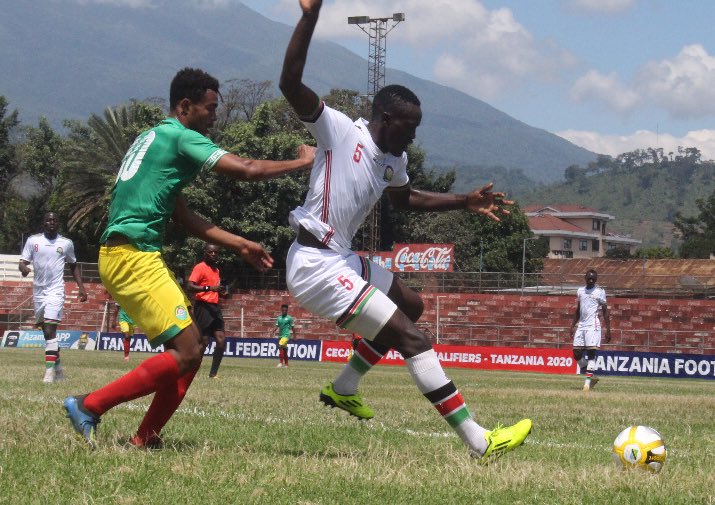 Kenya begun her CECAFA U20 Championship campaign with a 3-0 win over Ethiopia in a clash staged at the Sheikh Amri Abeid Memorial Stadium, Arusha- Tanzania on November 23, 2020.

Benson Omala’s 37th-minute header was the difference between both side in the first half this despite the Stanley Okumbi coached charges enjoying the lion’s share of possession that saw them hit a post in the later stages of the early exchanges.

The Rising Stars continued from where they left in the second half with Ronald Reagan doubling their lead just a minute after the resumption with Enoch Wanyama adding a third 13 minutes from time.

Attention for the Kenyans now turns to Sudan whom they face in the same ground on Friday 27 November 2020.

Kenya who is in Group C will hope that they can make it to the semifinals which are slated for Monday, 30 November with the final two teams qualifying for the next edition of the 20 African Cup of Nations.

Also Read: FKFPL: Three matches to be aired live in week One

Mathare United coach: We are still in pre-season