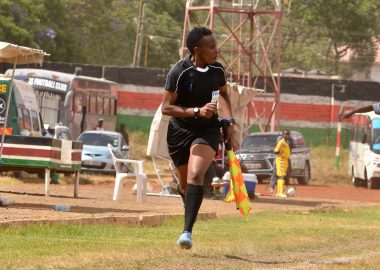 Kenyan referee Mary Njoroge could be officiating in the 2023 FIFA Women’s World Cup after being named by FIFA as a prospective woman Assistant Referee candidate for the showpiece.

Njoroge is among the 156 referees and assistant referees selected from all over the world for the showpiece that will be co-hosted by Australia and New Zealand.

Should she be selected, it won’t be her first time in such a showpiece after being part of the officials that officiated in the World Cup in France that was staged from June 7, 2019, to July 7, 2019.

Apart from the World Cup assignments, Njoroge was short-listed to officiate in the 8th Africa Women Championships finals set for Equatorial Guinea and officiated the 2019 U17 Africa Cup of Nations in the match between Nigeria and Angola.