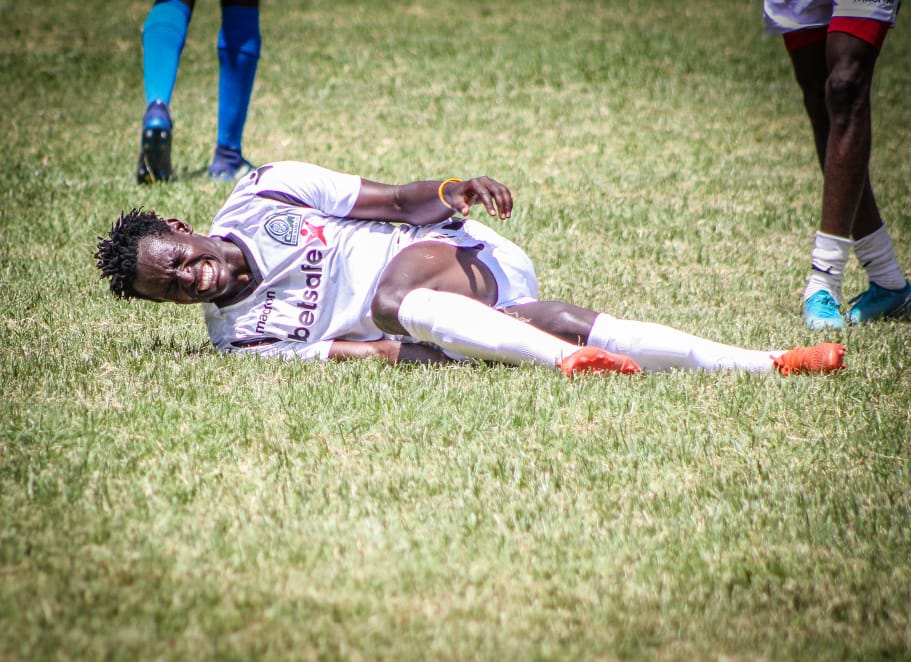 Gor Mahia new recruit John Ochieng will be out of action for one month after picking an injury last week.

The former Chemelil FC player injured his ankle in a clash against City Stars in a tournament that had Posta Rangers as their opponent and while he thought the injury wasn’t serious after being withdrawn from the game, tests revealed that he will have to rest before returning to action.

“I really felt uncomfortable after the injury and thought it could ease in a matter of days but that hasn’t been the case so I had to go to the hospital to be accessed. They told me I need to be out for at least a month before returning to action,” Ochieng told Pepeta.

The midfielder said it was a blow for him as a player as he had looked forward to representing the team in the CAF Champions League and their opening games where they have been scheduled to Kick Off the season against Zoo FC.

“It is disappointing because no player wants to be out with an injury. I had expected to play a part in our first games but that won’t be the case now. Mine now is to keep working according to the instructions put in place by the medics with the hope that I return back strongly,” he added.

Gor is slated to take on APR of Rwanda on November 28 in the CAF Champions League with their game against Zoo set for December 2, 2020.