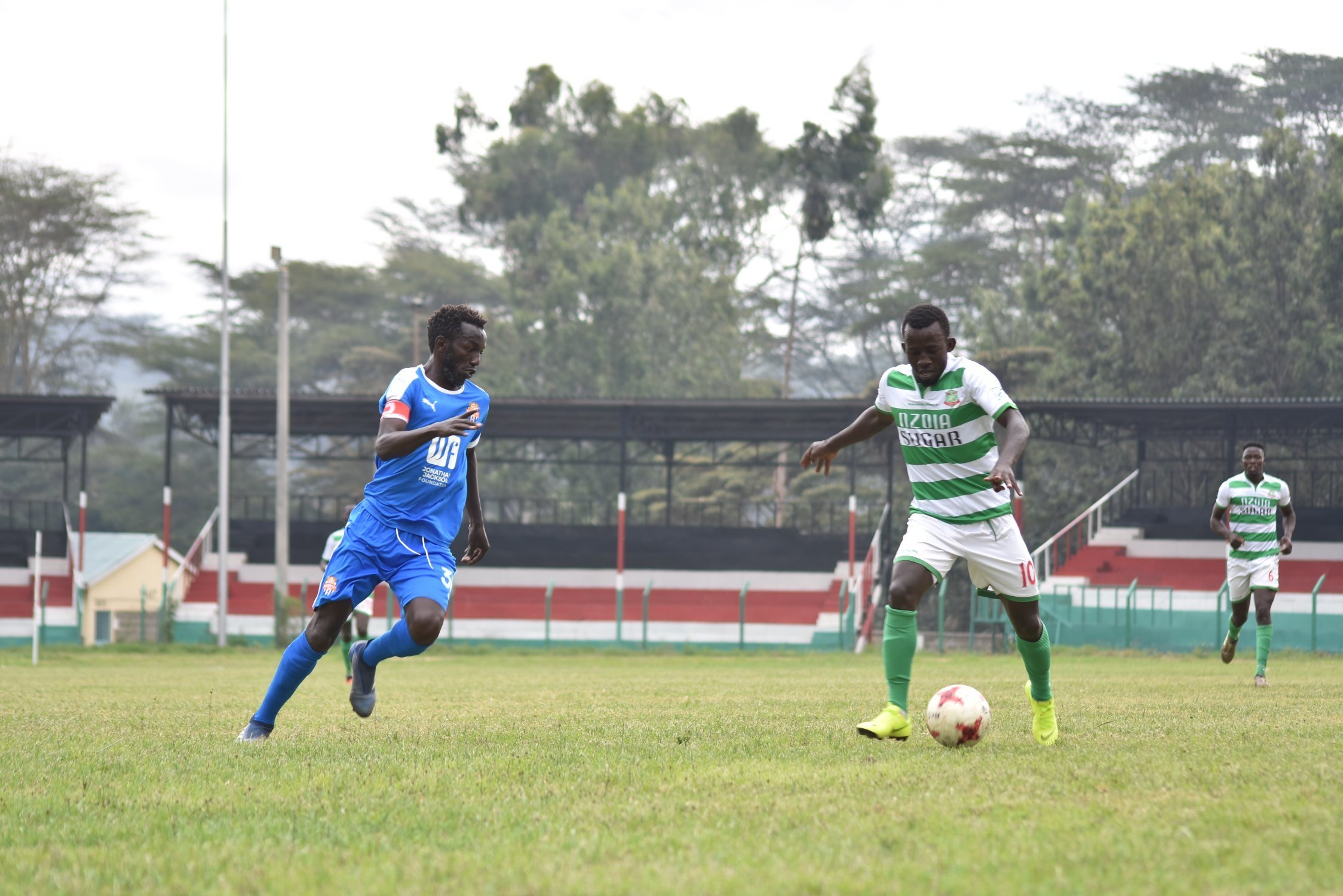 Nairobi City Stars marked their return to the Football Kenya Federation Premier League with a 2-0 win over Nzoia Sugar FC in a match played at the Narok Stadium on Sunday 29 November.

The game that was to start at 3 pm EAT was moved forward due to the weather and City Stars wasted no time in reminding their guests that they were not in the top flight to play with veteran midfielder Anthony Kimani giving them the lead in the 16th minute.

Even before Nzoia could settle after the shock, Oliver Maloba was to double the hosts lead two minutes later with the goals being the difference in the game. Nzoia had a perfect chance to reduce the arrears in the second half after they were awarded a penalty but Stephen Njuge saved the effort from Cliff Kasuti.

Also Read: CECAFA U20: Okumbi upbeat ahead of Uganda clash

In another match of the day, KCB proved to be too much for Posta Rangers after recording a 3-0 win over their opponents.

Derick Otanga, who had joined the bankers from Wazito in the last transfer, was to give the Zedekiah Otieno a half minute lead before other goals from Henry Onyango and substitute Enock Agwanda put the game beyond Rangers reach.

Rangers started the game without the services of coach Sammy Omolo who arrived in the country in the morning after leading Gor Mahia to a 2-1 loss to APR in Rwanda on Saturday.

Why Bolton Omwenga is yet to play for Bishara United