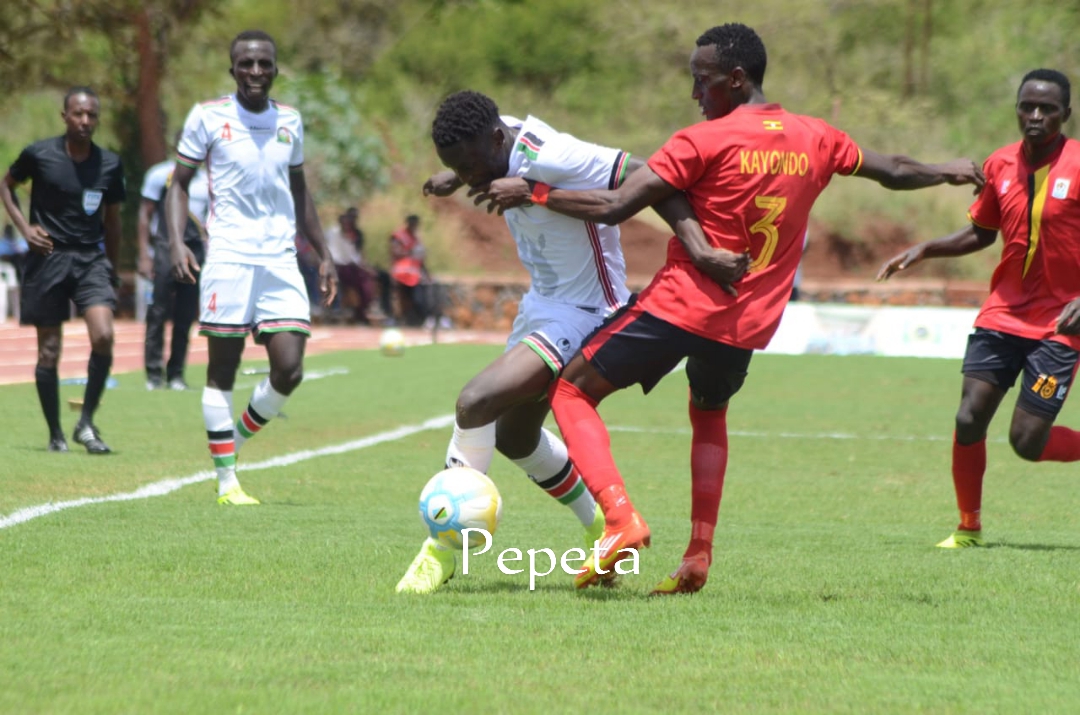 The Kenya U20 team won’t be part of the 2021 African Cup of Nations U20 competition after going down to their Uganda counterparts 3-0 in a match staged at the Black Rhino Academy Stadium on Wednesday 30 November 2020.

The Stanley Okumbi coached side entered into the game on a back of a 100% record having beaten both Ethiopia and Sudan but the game turned against their favour when Uganda took a 22nd-minute lead through Kenneth Semakula.

The Ugandan Hippos then doubled their lead via Ivan Mogere three minutes later; the two goals being the difference as the team headed for the half time break.

Bogere was to grab his double and Uganda’s third twenty minutes after resumption through a penalty with Kenya pulling a goal back nine minutes from time; a goal that was to prove to be a mere consolation through Enoc Wanyama.

The win now sees Uganda confirm their participation in the next AFCON U20 competition and will wait to see which another team, between Tanzania and South Sudan, join them in the competition slated for Mauritania next year.

Peter ‘Pinchez’ Opiyo glad to be back in the KPL